"Let You Down" rapper NF – Nate Feuerstein – comes to DTE Energy Music Theatre on Friday 24th September 2021 as part of his Clouds Tour! Like many, the Michigan hip-hop artist's palns for touring were put on the back burner due to the COVID-19 pandemic, so fans will be thrilled to see him on the road for the first time in two years! He'll not only be performing hits from his chart-topping albums, but also tracks from his recent mixtape, Clouds! 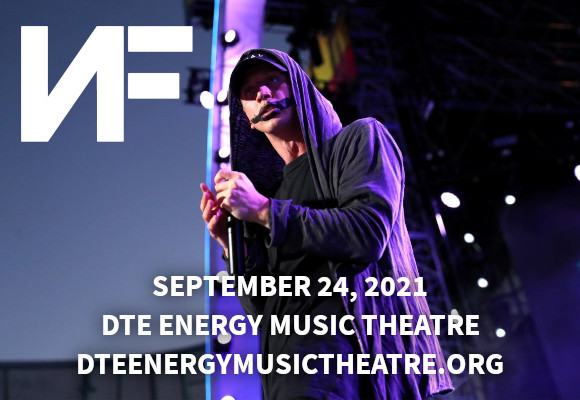 Michegan-born rapper NF (aka Nate Feuerstein) is not your typical hip-hop artist. With a standout flow that’s drawn comparison to (and praise from) Eminem, he has also enjoyed huge crossover success in both the Christian and secular charts. First turning to rap as a distraction from his turbulent family life, NF caught the bug and in 2010 recorded his self-released debut album, Moments. A self-titled EP, released with Capitol CMG, followed and he charted in the top-15 of the Billboard Christian, Top Gospel and Top Rap albums charts. Since then, he ha released five studio albums, with two of them – 2017’s Perception and 2019’s The Search – debuting at number one on the Billboard 200. 2016’s sophomore studio album Therapy Session won NF the Gospel Music Association Dove Award for Rap/Hip Hop Album of the Year. He also enjoyed huge success with the single "Let You Down" from Perception, which went five-times platinum, reached number 12 on the Billboard Hot 100, and hit number one on the Hot Christian Songs chart. His most recent release is 2021’s Clouds (The Mixtape), which was released in March 2021, reaching the top-three on the Billboard 200, Christian Albums and Rap Albums charts.