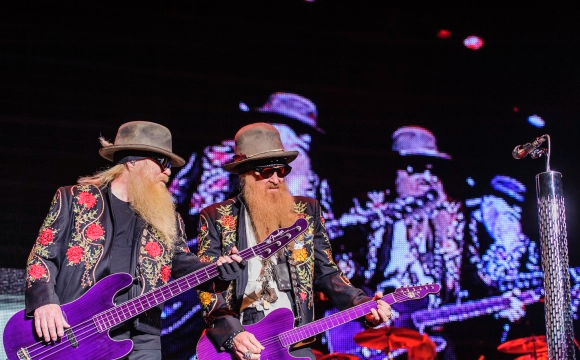 ZZ Top, founded in 1969 rose to fame and became the rock legends responsible for hits like La Grange, Legs and Sharp Dressed Man.

Gregg Allman has received numerous awards including several Grammys; he has been inducted into the Rock and Roll Hall of Fame and the Georgia Music Hall of Fame. His distinctive voice placed him in 70th place in the Rolling Stone list of the "100 Greatest Singers of All Time".

“The double lineup makes for a killer combination, so buckle up and let’s have a party! Rock on!”
– Billy Gibbons, ZZ Top frontman.

This is a hugely anticipated tour and tickets are selling out fast. Only lawn tickets and limited seating tickets remain. Get yours today!