The man himself behind releases such as Kush and Orange Juice – Wiz Khalifa is heading out on the road this coming summer to celebrate his ever growing career! The hiphop artist will be headlining a special selection of North American dates and you can grab the chance to be there! Come and soak in the atmosphere and be a part of the crowd at DTE Energy Music Theatre on Wednesday 31st July 2019! Support from French Montana – tickets are on sale now – what are you waiting for?! 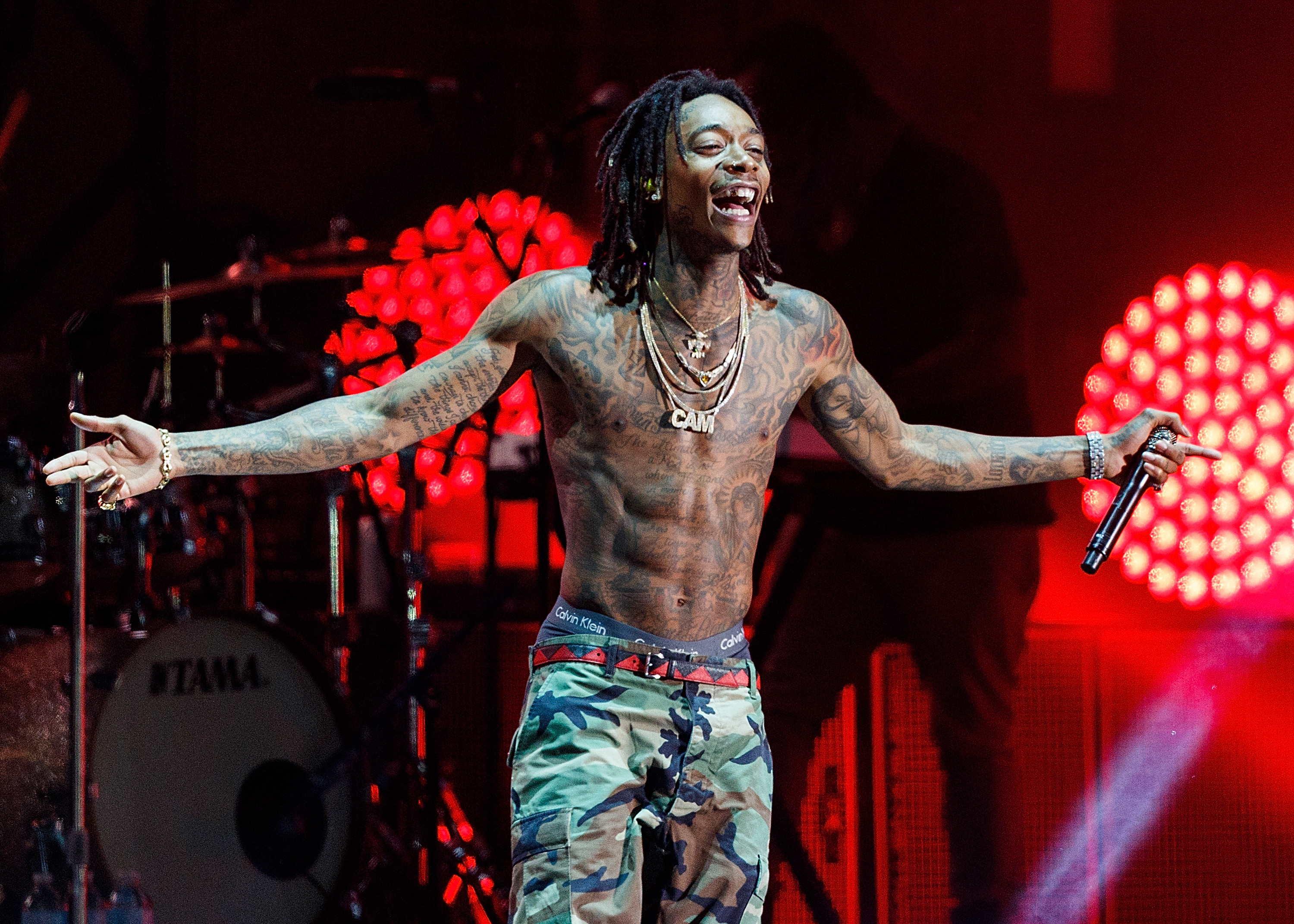 The talented rapper Wiz Khalifa has had a pretty much over night success on the hip hop scene with the release of his 2005 mixtape Prince of the City: Welcome to Pistolvania, Wiz Khalifa is an American rapper and actor, hailing from Pittsburgh, PA.

In 2006, Khalifa released his debut album, Show and Prove, which led to a major-label deal with Warner Bros. Records the following year. He found further success in 2009 when his single "Say Yeah", from the album Deal or No Deal, reached number 25 on the Billboard Rhythmic Top 40 music chart and number 20 on Billboard's Hot Rap Tracks. His mainstream breakthrough came when "Black and Yellow", his Atlantic Records debut from the album Rolling Papers (2011), peaked at number one on the Billboard Hot 100.

Khalifa's next number one single was "See You Again" ft Charlie Puth, a tribute for actor Paul Walker from the soundtrack of the film Furious 7, which charted at the top position on the Billboard Hot 100 for 12 non-consecutive weeks. His latest release is the mixtape Fly Times, Vol. 1: The Good Fly Young.

"It is no surprise that Wiz Khalifa has a queue of fans that snakes around the corners as everyone waits in anticipation."

"With a giant inflated orange as a backdrop and a crowd chanting “Taylor Gang” before Khalifa even takes the stage there is no mistaking who the crowd is here for tonight. With a mixtape named Kush and Orange Juice, we could only expect Wiz to walk on to stage a thick cloud of smoke above his head and so he does. Bouncing around in white overalls, a smile plastered on his face, Wiz has owned his success of today and this feeling of satisfaction is contagious to everyone in the crowd."