At last – it’s the tour we’ve all been waiting for! Since Weezer and the Pixies shared a stage multiple times, fans have been eagerly anticipating a joint headlining tour – and now, finally, here it is!! With support from English indie group The Wombats, Weezer and the Pixies are touring across the United States, coming to the DTE Energy Music Theatre on Friday 13th July 2018!! DON’T miss it – grab your tickets TODAY before they sell out!! 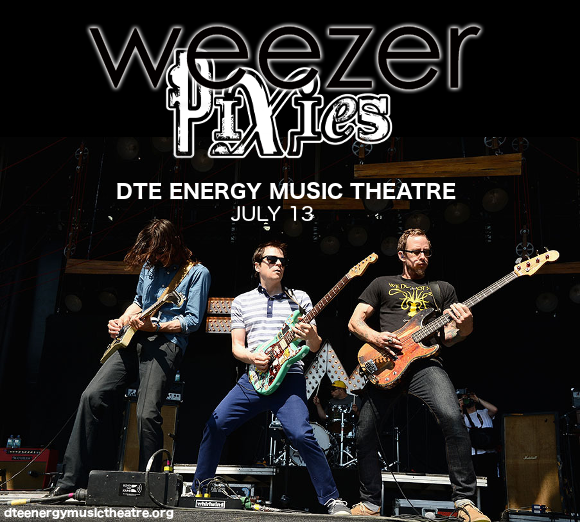 The Wombats’ last album, 2015’s “Glitterbug,” was received to rave reviews from critics and fans alike, becoming their first album to appear in the Billboard 200. Described as "full of wit, heart and huge singalong choruses” by XFM and referred to as the band’s “finest album to date,” “Glitterbug" was accompanied with an incredible tour across the UK and the US that won the band many new fans. With their upcoming album “Lemon To A Knife Fight,” scheduled for a summer release, we can hardly wait to see what they’ve got for us next!

Both headliners have recent releases to brag about too – Weezer will be promoting “Pacific Daydream,” released in October, and the Pixies will be just a couple of years past their most recent album, 2016’s “Head Carrier”. With both releases garnering huge positive responses from audiences and an adoring critical reception, their live show promises to be truly incredible!

Experience it for yourself – grab your tickets TODAY, while there’s still time!!