The Ticket To Rock is BACK in 2018!! It’s your one-stop shop to all the metal shows you’ll need this summer – the list including Shinedown, Avenged Sevenfold, Rob Zombie and Five Finger Death Punch to name a few!! It’s all kicking off at the DTE Energy Music Theatre on Tuesday 10th July 2018 – tickets are in high demand so don’t delay in getting yours! 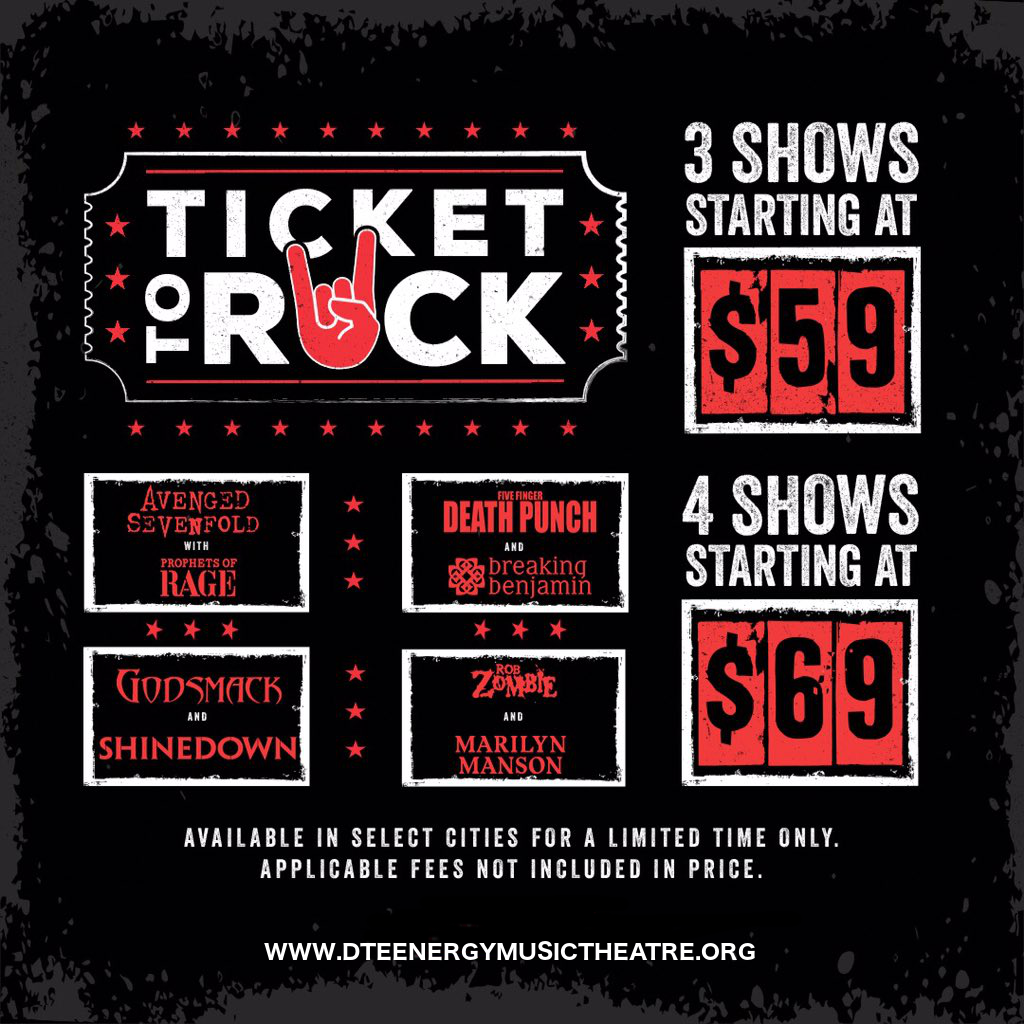 Start the summer with some theatrical rock from Rob Zombie and Marilyn Manson on the Twins Of Evil tour. Following that, it’s Godsmack and Shinedown, each with all-new material in the works and ready to be showcased on tour. Next up are massive names Avenged Sevenfold, on their first tour ever with the Prophets Of Rage! And if that all wasn’t enough, on Sept 1st there’s a show from Five Finger Death Punch with support from Breaking Benjamin! It’s going to be incredible – don’t wait about to get tickets cos’ they won’t last long!!

—- Show Dates (with further support acts to be announced) —-