Ladies and gentlemen, are you ready to welcome the sensational Thomas Rhett to Michigan?? With incredible support acts Dustin Lynch and Russell Dickerson joining him on tour, he’s headed to the DTE Energy Music Theatre on Thursday 20th June 2019 for a show that will rock your world! What are you waiting for?? Grab those tickets quickly, before they vanish! 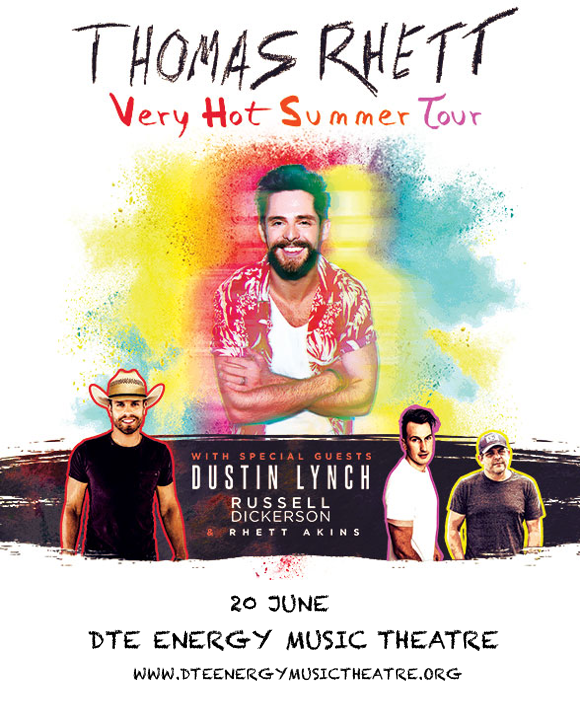 As the son of legendary country musician Rhett Akins, it’s no surprise that Thomas Rhett Akins Jr. grew up to be every bit as gifted a songwriter in his own right. To date, he has released three studio albums;  “It Goes Like This,” “Tangled Up,” and most recently “Life Changes,” with a total of 17 singles – an amazing 12 of which hit the top spot on the Country Airplay charts!! His most recent album features the hits “Marry Me,” “Unforgettable,” and "Craving You,” featuring the talented Maren Morris. Fans can expect to hear all the best songs from his latest album along with some classics on the road.

Be quick about getting those tickets though, because they’re not going to last!!