It's an event 20 years in the making, as alt-rockers Third Eye Blind celebrate their two decades in the music industry with the Summer Gods Tour! Joined by special guests Silversun Pickups, Third Eye Blind will be performing at DTE Energy Music Theatre on Friday 7th July 2017, and as a special treat, the band will be performing their seminal debut album in its entirety! Don't miss this very special show… 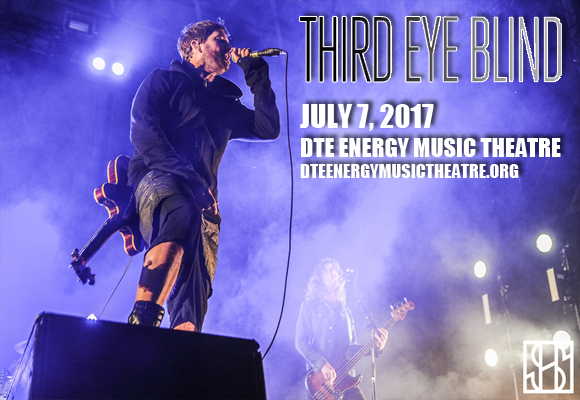 Third Eye Blind are a San Franciscan rock band, formed in 1993. Three years later lead singer Stephan Jenkins and guitarist Kevin Cadogan signed the band's first major label recording contract as a songwriting duo with Elektra records, later reported as the largest publishing deal ever for an unsigned artist. It was in the late 1990s that the band enjoyed their most commerical succes, with their albums Third Eye Blind and Blue going six times and single platinum in the United States respectively. The band also went on to have several hit singles with "Semi-Charmed Life," "Jumper," and "How's It Going to Be," all reaching the Top 10 of the US Billboard Hot 100, and "Never Let You Go" reaching the Top 20. To date, Third Eye Blind has sold around 12 million records worldwide.