90s chirpy alt-rock charmers Third Eye Blind team up with emo heroes Dashboard Confessional for a huge co-headlining tour this summer! The two bands will be appearing at DTE Energy Music Theatre on Thursday 25th June for a night of emotionally charged nostalgia!

"I love the unbridled enthusiasm of a Summer tour," says Stephan Jenkins. "All that crowd energy and the heat frees us up. That's why Summer is so exciting. We haven't been out for a year so we're most excited to see you all."

Carrabba described his feelings: "After a break that has refueled and fired us up, Dashboard Confessional is more ready than ever to connect with our treasured fan base. We've missed you, friends, and can't wait to spend our summer with you!" 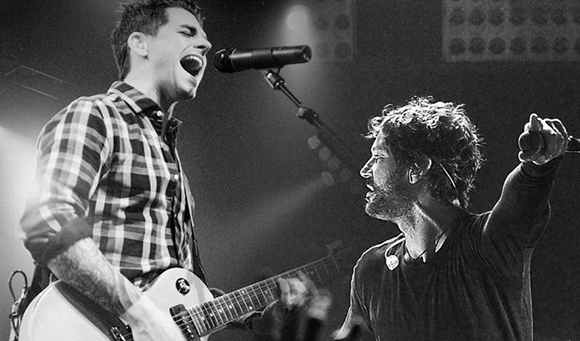 Third Eye Blind are a San Franciscan rock band, who were formed in 1993. After a support slot with Brit Pop band Oasis that led to the band receiving an encore and being paid double by the show's promoter, they garnered a great deal of major label interest, which resulted in a bidding war. Lead singer Stephan Jenkins and guitarist Kevin Cadogan signed the band's first major label recording contract as a songwriting duo with Elektra records in 1996, which was later reported as the largest publishing deal ever for an unsigned artist. Their eponymous debut album was released in 1997, spawning five singles (including “Semi-Charmed Life”), and has been the most successful of their career to date, reaching number 25 on the US Hot 100 and selling 6 million copies in the U.S. alone. Since then, they have released three more commercially successful studio albums and there are rumours of a fifth on the way…