You may be Not Ready to Make Nice, but be ready for one of the most exciting concert events this summer as The Chicks will hit the road once again in their 2022 Tour. Together with the Grammy award-winning songwriter Patty Griffin, the biggest selling US Female Band of all time will grace Pine Knob Music Theatre with their presence and incredible talents this Wednesday, June 22, 2022. Clarkston, Michigan, will surely be filled with fans singing along to the hits of The Chicks. So call all your concert buddies and secure your tickets as early as today because you wouldn't want to miss Natalie, Martie, and Emily making history again! See you there! 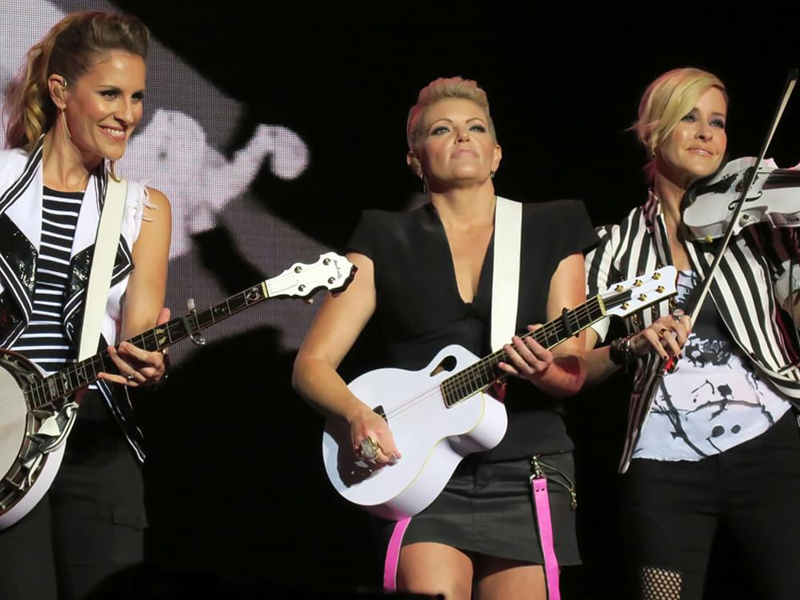 Being the best-selling female group in America, The Chicks have long cemented their authority in the country music scene since their "Wide Open Spaces" album was released in 1998. Their country hits "You Were Mine," "Wide Open Spaces," and "There's Your Trouble" really made waves in country radios and made the trio a household name in the genre. Over the years, The Chicks (who were once known as The Dixie Chicks) would go on to release best-selling albums, including "Fly," "Home," "Taking the Long Way," and Shut Up and Sing." All of which gained critical and commercial success.

The Chicks also had their share of controversies — perhaps the biggest one the world of country music had ever seen. In 2003, the band was shunned by country radio over an incident when lead singer Maines criticized then-President George W. Bush because of the Iraq War. They became the very first victim of Cancel Culture. However, the ladies did not back down and would go on to respond to criticism and backlash with their massive hit song "Not Ready to Make Nice" and swept the Grammys in 2007, winning three of the top all-genre categories. Talk about being badass, eh? Well, The Chicks' philosophy and music made them stand out in the sea of wannabee country artists who are afraid to sing about societal issues.

With their 2022 tour coming up, we could only wait in anticipation and excitement. The trio will be touring with the Grammy award-winning singer-songwriter Patty Griffin, known for her stripped-down songwriting style in folk music. This earned her a great deal of following and recognition among many fans and critics alike. Thus, The Chicks show in Pine Knob Music Theatre will definitely be more exciting with Griffin's participation.