Two of the biggest names of the 1970s, Steely Dan & The Doobie Brothers, are joining forces for a tour that comes to DTE Energy Music Theatre on Tuesday 26th June 2018! The co-headlining stint is called "The Summer of Living Dangerously Tour", and will see the hit-makers performing songs from their incredible careers! 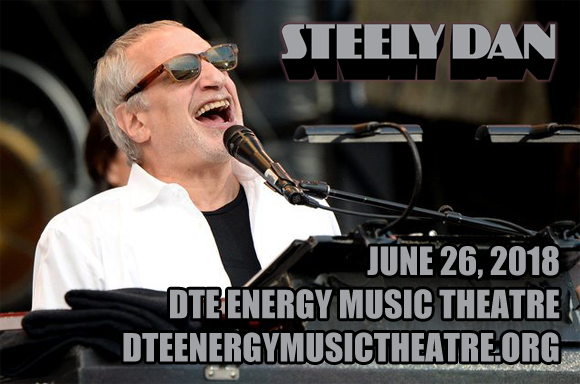 A mainstay of the music industry for nearly fifty years, The Doobie Brothers first began in 1970, and their unique fusion of mainstream rock and roll, folk, country and R&B throughout their first four albums saw them gain a large following and release several hit singles, including “Long Train Runnin'”. After the departure of lead singer Tom Johnson in 1975, the band took a more soulful turn with the addition of Michael McDonald, who fronted the band until their break-up in 1982. After a five-year hiatus, the band reformed in 1987, under the leadership of Johnson, and have continued to tour regularly, with McDonald occasionally joining them on the road. The band was inducted into the Vocal Group Hall of Fame in 2004.