Steely Dan bring their intricate, danceable jazz rock to DTE Energy Music Theatre on Monday 27th July with the eccentrically titled Rockabye Gollie Angel Tour! Joining the 70s cult heroes for their phenomenal show will be British songwriting legend Elvis Costello, with his band The Imposters. It'[s going to be an incredible night! 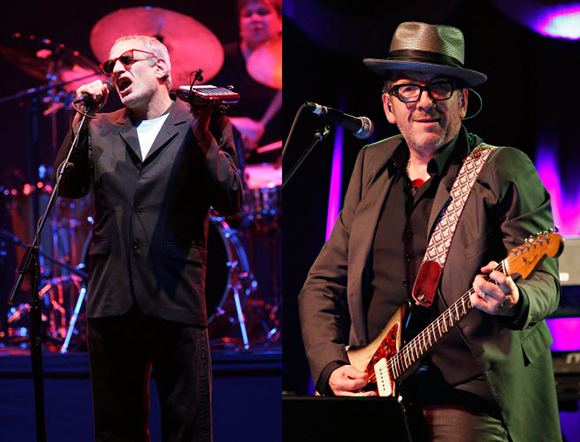 Described by Rolling Stone Magazine as "the perfect musical antiheroes for the Seventies", Steely Dan's intricate blend of jazz rock with whimsical, ironically charged lyrics, has built them a cult following over their compelling four decade career. From their critically acclaimed 1972 debut album Can't By a Thrill, to their triumph at the 2000 Grammys when Two Against Nature (their first studio album in 20 years) won four awards, the band have clearly earned their induction into the Rock and Roll Hall of Fame. Over the years, Steely Dan have sold over 40 million albums worldwide, and are still as phenomenal live as they ever were.

Combining unparalleled mastery of lyricism with the ruthlessness of punk, British new wave troubadour Elvis Costello has had a varied and nonconformist career. From his numerous chart hits to his diverse collaborations with some of the biggest names around, not forgetting his cameo with Burt Bacharach in the comedy Austin Powers: The Spy Who Shagged Me, the highly awarded Costello has made his mark in the annals of popular music. In 2004, Rolling Stone Magazine ranked him No. 80 on their list of the 100 Greatest Artists of All Time.