It's time to get ready for some blazing hip hop from the one and only, the legendary – Snoop Do double G, Wiz Khalifa, Kevin Gates & Jhene Aiko! These four off the chain artists will be bringing their LIVE and exciting performances to the DTE Energy Music Theatre stage on Friday 12th August 2016! Snoop Dogg and Wiz Khalifa are teaming up for a co-headline, so this show is bound to be a unique and groundbreaking one. If you wanna get down to tracks such as "Gin and Juice" – then grab your tickets today! 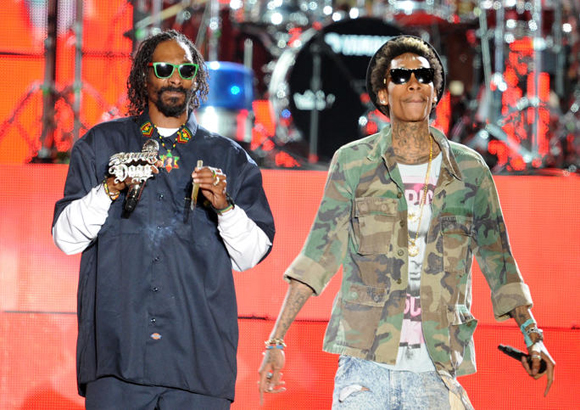 First coming to light with NWA's Dr. Dre, American rapper – Snoop Dogg as we know him today struck the publics attention in 1992 as he featured as a special guest on Dre's debut solo album The Chronic. Just one year later, came the release of his own studio album Doggystyle and quickly became one of the biggest hiphop albums of all time, gaining huge commercial and critical success – it went straight to number one on both the Billboard 200 and Billboard Top R&B/Hip-Hop Albums charts and sold nearly one million copies in its first week of release alone! This incredible success did not stop there, soon it hit the big time as a 4x platinum record!

Snoop Dogg now in 2016 needs no introduction, he has collaborated with most of the greats considered in hiphop, R&B and pop music and returns to the stage almost annually to pack out stadiums around the globe. Now he embarks on the 'High Road' and here's your chance to be a part of it!