It's like 2018 all over again! REO Speedwagon and Styx will co-headline the Live and Unzoomed 2022 tour at DTE Energy Music Theatre on Wednesday, June 8th, 2022 with very special guest Loverboy. It's been four years since legendary rockers REO Speedwagon and Styx joined forces for a summer co-headlining tour. While the world has changed since then, fans' desire to rock out hasn't, so grab some tickets and come along to the party of the year! 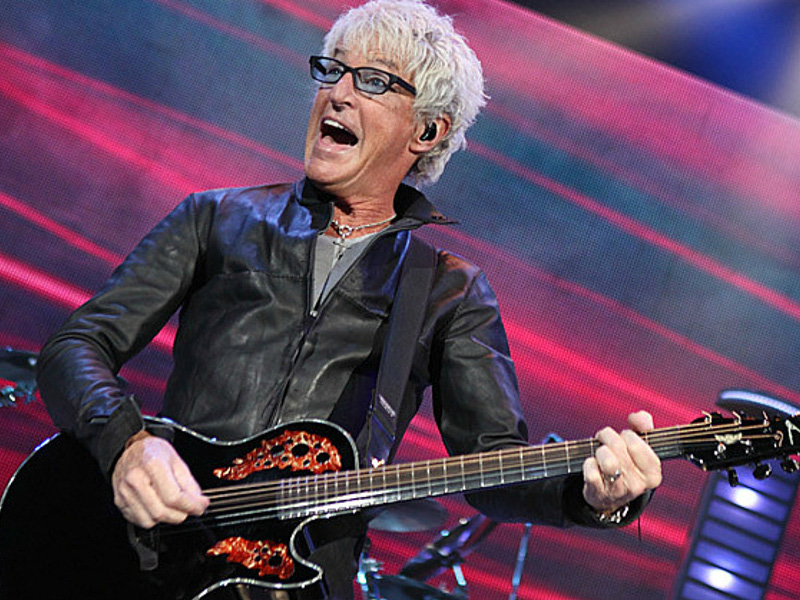 REO Speedwagon remained busy throughout the pandemic before the band was able to return to the road. Beginning in April 2020, Cronin began a series of webisodes from his home titled “Songs & Stories From Camp Cronin.” Consisting of anecdotes and acoustic performances from him and his family, the series posted 24 episodes. Cronin and members of REO gave back over the past 16 months by participating in charity events for St. Jude Children’s Hospital, Marilou & Mark Hamill’s USC McMorrow Neighborhood Academic Initiative, John Oates’ “Oates Song Fest,” “Stars to the Rescue,” Acoustic-4-A-Cure, and more. Additionally, while Cronin began keeping a journal of the band’s 2016 UK tour, he never stopped writing and recently submitted what turned out to be his life story, as well as his telling of REO Speedwagon’s history. He says, “Putting out an autobiography is risky. Once it’s out, there’s nowhere to hide!” More information on his autobiography will be released shortly.

The multi-Platinum rockers, Styx, are co-lead singers and guitarists James “JY” Young, and Tommy Shaw, singer and bassist Chuck Panozzo, drummer Todd Sucherman, singer and keyboardist Lawrence Gowan and singer, guitarist and bassist Ricky Phillips. They released their 17th album, Crash Of The Crown, in June featuring two brand-new songs, “The Same Stardust” and “Age of Entropia”, as well as five live performances of some of Styx’s classic hits, previously heard during their “Styx Fix” livestreams that have been keeping fans company during the pandemic on their official YouTube page, including “Mr. Roboto,” “Man In The Wilderness,” “Miss America,” “Radio Silence,” and “Renegade.”

With their trademark red leather pants, bandannas, big rock sound and high-energy live shows, Loverboy has sold more than 10 million albums, earning four multi-platinum plaques, including the four-million-selling GET LUCKY, and a trio of double-Platinum releases in their self-titled 1980 debut, 1983’s KEEP IT UP and 1985’s LOVIN’ EVERY MINUTE OF IT. Their string of hits includes, in addition to the anthem “Working for the Weekend,” such arena rock staples as “Lovin’ Every Minute of It,” “This Could Be the Night,” “Hot Girls in Love,” “The Kid is Hot Tonite,” “Notorious”, “Turn Me Loose,” “When It’s Over,” “Heaven In Your Eyes” and “Queen of the Broken Hearts.” In March 2009, the group was inducted into the Canadian Music Hall of Fame at the Juno Awards show in Vancouver.