It's time to go loco as the main man himself, Pitbull, comes to DTE Energy Music Theatre on Tuesday 9th August 2016!!! The Grammy Award-winning rapper has invited fellow Latin music star Prince Royce to join him on his extensive Bad Man Tour, that sees him traversing North America this summer! The man who brought us "Timber" is touring in support of his most recent album, Climate Change, so come see him bust out the new tunes and get ready to party! 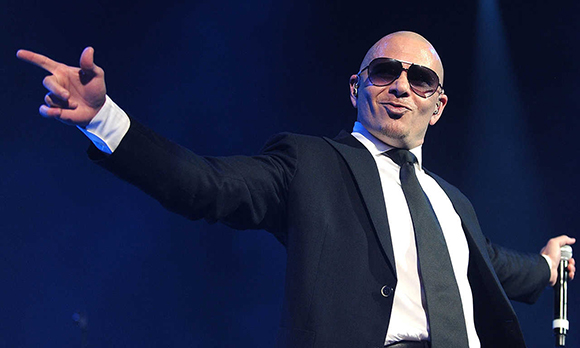 Pitbull is an American rapper who came to prominence in 2002 when he guest starred on Lil Jon's album Kings of Crunk. Two years later, his debut album, M.I.A.M.I. (Money Is A Major Issue), was released by TVT Records and lead to him joining the Anger Management Tour, headlined by Eminem and 50 Cent. Pitbull's real breakthrough came in 2009 with the release of his first internationally popular hit single "I Know You Want Me (Calle Ocho)", which ultimately peaked at number two on the Billboard Hot 100. “Timber,” Pitbull's 2013 hit from his EP Meltdown, was a global hit, reaching number one in many countries and making it to number one on the Billboard Hot 100 and the UK Singles Chart for a total of 20 number-one positions worldwide. Pitbull has released nine studio albums in total, with his tenth slated for release in 2016.