80's rock/ jam group Phish are bringing their latest improvised music to the DTE Energy Music Theatre on July 16th. The band have been hard at work working on their twelfth studio album, some of which may be featured in the upcoming shows. They released a unique announcement trailer for fans, which can be seen below. Tickets available now! 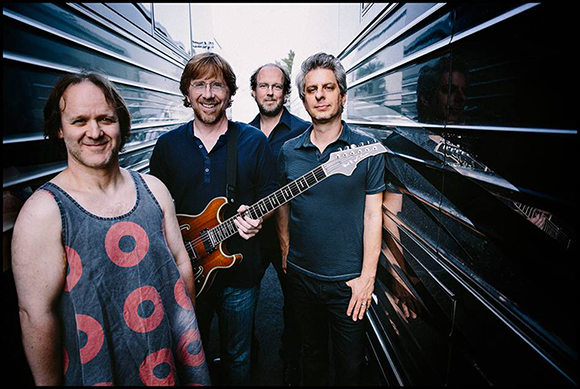 Phish are a hugely popular jam band formed in the 80's they have gathered a huge fan base, and often create huge improvisational sets, blending different genres including rock, jazz, progressive rock, psychedelic rock, hard rock, funk, folk, bluegrass, and blues. With the band's improvisational style, their concerts are original in terms of the order and selection of songs and the way each song and set are performed. You will never see the same concert twice, offering a truly unique experience rare in this day and age of music!