The inimitable Peter Frampton is sadly retiring from the road due to illness, but the rock legend brings his Finale the Farewell Tour to DTE Energy Music Theatre on Thursday 25th July 2019, affording fans to see him at their favorite venue one last time! The singer, songwriter and guitarist, whose career spans five decades, is looking forward to a very special show: 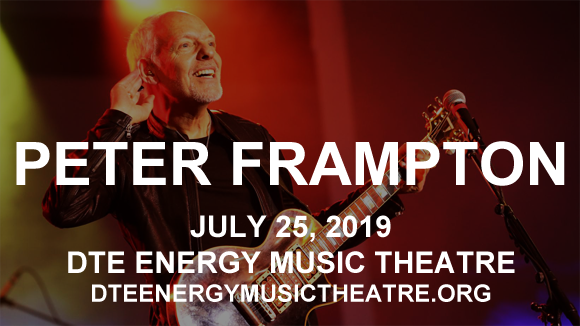 British-American rock singer, songwriter, producer, and guitarist Peter Frampton has been in the music industry for over 50 years, beginning as a child singer in the 1960s. After a brief stint in psychedelic rock band The Herd, Frampton formed Humble Pie with Steve Marriott of Small Faces, going on to release four studio albums and one live album with the group. He left the band in 1972, releasing his debut solo album, Winds of Change, later that year. Frampton's mainstream breakthrough as a solo artist was his 1976 live album, Frampton Comes Alive!, which launched three hit singles and sold eight million copies. Over the years, Frampton's solo career continued to grow, and with twenty albums to date he is now considered an icon of classic rock.