When one of the largest rock/pop bands in the world arrive at the DTE Energy Music Theatre, it's guaranteed to be an impressive spectacle! OneRepublic are making their grand entrance on the 21st June, guest starring Dublin's The Script. To ensure your place, grab tickets online now. 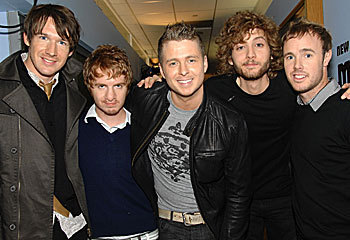 Dublin based, rock band-pop band The Script, which consists of lead vocalist/pianist Danny O'Donoghue, vocalist/guitarist Mark Sheehan, and drummer Glen Power. The band released their debut album in August 2008, featuring the hit songs "The Man Who Can't Be Moved" and "Breakeven (Falling to Pieces)". The album reached number one in Ireland and the UK.

OneRepublic are an American Rock Band from Colorado Springs. They were formed in 2003, and in the beginning of their career they used the social media site Myspace as an advertising platform. This was successful due to the hugely popular platform and were discovered by actress Kelly Barrett and were signed to Sony BMG. In 2007 they released their debut album "Dreaming Out Loud" Which featured the worldwide chart hit "Apologize", remixed by Timbaland. The song reached number one in sixteen countries and the band were later nominated for a Grammy.