Coming to DTE Energy Music Theatre on Saturday 24th June 2017 are Canadian rock stars Nickelback!!! The multi-platinum selling hit-makers will be performing as part of a 44-date North American tour, in spport of their upcoming album, and single of the same name, Feed The Machine. The "Someday" performers will be joined on their trek by the incredible Daughtry and Shaman's Harvest! 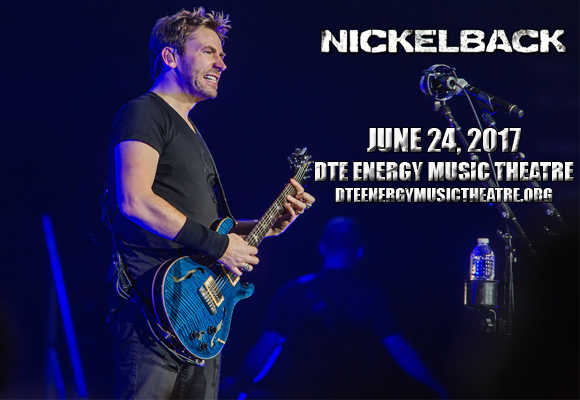 Nickelback is one of the most commercially successful Canadian groups of all time, having sold more than 50 million albums worldwide. The band ranks as the eleventh best-selling music act of the 2000s, and the second best-selling foreign act in the U.S. of the decade, behind the Beatles. The band formed in 1995, and signed to Roadrunner Records in 1999, but it was 2001's Silver Side Up that launched the band into the mainstream. The album produced the single “How You Remind Me”, which reached number one in both Canada and America simultaneously, and was ranked by Billboard as the fourth best-selling song of the decade, and the best-selling rock song of the 2000s. The band's most successful album to date, All The Right Reasons (2005), spawned 3 top 10 singles and 5 top 20 singles on the Billboard Hot 100, including "Photograph", "Far Away", and "Rockstar".