Two phenomenal alt rock bands, one unforgettable night… Major noughties groups Modest Mouse & Brand New have joined forces for a 24-date co-headlining tour this summer, (their first ever tour together), and they're coming to DTE Energy Music Theatre on Sunday 3rd July! According to a press release, there will be "no opening acts and both bands performing full headlining sets," although, with the enigmatic nature of both bands, who knows whether they'll be playing a show full of fan favorites, or delighting the audience with new material – either way, it's going to be an event to remember! 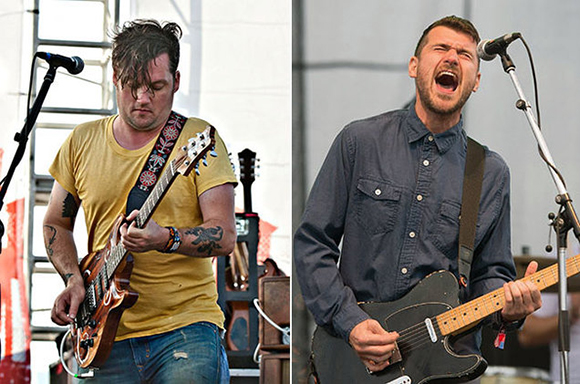 There aren't many bands that have a famously avid, loyal fan base and yet remain utterly cryptic, but Brand New deftly walk the tightrope between enigmatic and hugely popular with a grace that has seen them last fifteen years in the music industry. The band saw international success with the release of their 2003 gold-certified album Déjà Entendu and their singles "The Quiet Things That No One Ever Knows" and "Sic Transit Gloria… Glory Fades". Subsequent albums The Devil and God Are Raging Inside Me and Daisy were well received, and the band has been working on new material for some time, so who knows what 2016 will hold for them…