Due to the passing of lead singer Chester Bennington, the Linkin Park One More Light Tour has been cancelled. Refunds will be available at point of purchase. Rest in peace, Chester.

Back with their seventh studio album, One More Light, Linkin Park comes to DTE Energy Music Theatre on Monday 7th August 2017 on a goliath tour that will tear the house down! With support from “Wild Boy” rapper Machine Gun Kelly, the rap rock renegades will be performing fresh new material as well as some Linkin Park classics! 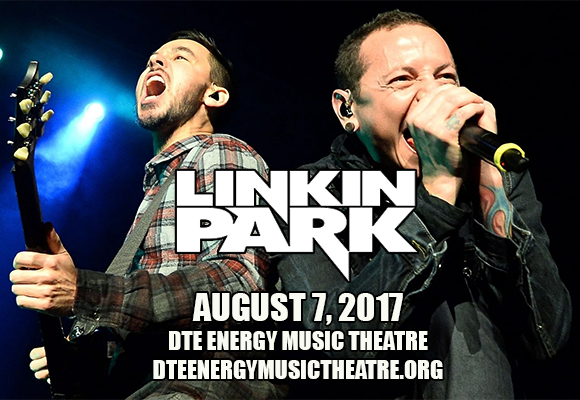 Linkin Park is an American rock band, formed in California, in 1996. The band's debut album, Hybrid Theory, catapulted them to the top of the charts, eventually being certified diamond by the RIAA in 2005 and multi-platinum in several other countries. Meteora, its 2003 follow-up, also topped the Billboard 200 album chart. The band's six studio albums have traversed a range of genres including rock, nu-metal and electronica, and their seventh, titled One More Light, will be released in 2017 in conjunction with a world tour.