Rock and metal giants Korn and Evanescence are taking over the United States this summer with their co-headlining tour! The 18-city trek will have the Grammy Award-winning icons stop in Independence Township, Michigan. Lucky Michigan fans will get to witness these two monumental bands perform at the Pine Knob Music Theatre on Sunday, 21st August 2022! Korn will be promoting their latest album, Requiem, which contains the single “Star the Healing.” Meanwhile, Evanescence is also promoting their latest release, The Bitter Truth, which was dropped in 2021. Get your tickets now to see these amazing bands perform at the Pine Knob Music Theatre! 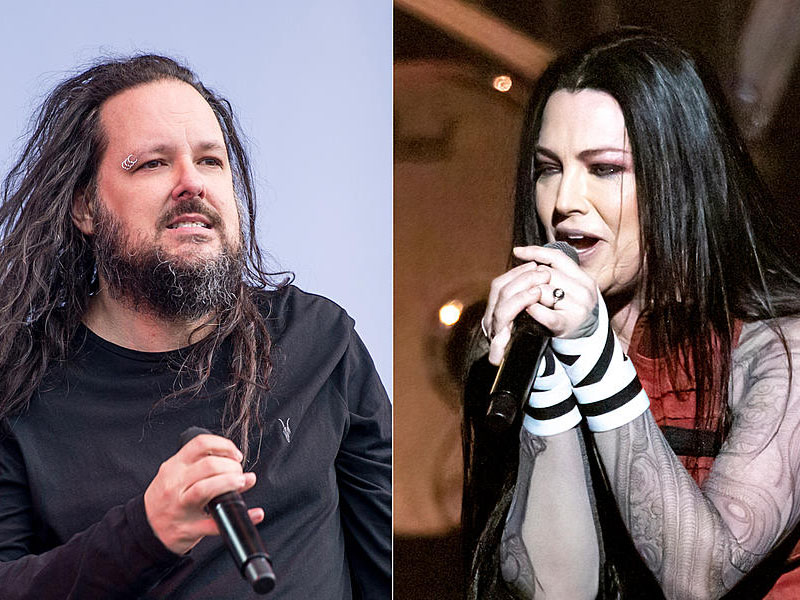 Korn emerged during the mid-'90s, just before the start of the nu-metal era. They are considered a pioneer of the genre, and their music has influenced numerous metal bands that came out during the early 2000s. Their debut album featured some of the band’s most iconic songs, such as “Blind,” “Need To,” and “Shoots and Ladders.” The album has the quintessential music style that many consider to have jump-started the nu-metal genre. The band’s most commercially-successful record is their third album, Follow the Leader. The album has been certified platinum five times in the U.S. and performed impressively on the charts. Singles “Got the Life” and “Freak on a Leash” put Korn on the mainstream map. Moreover, “Freak on a Leash” earned the band a Grammy Award and an MTV Music Video Award.

The equally successful band, Evanescence, joins Korn on this much-awaited tour. The band’s debut album, Fallen, sold eight million copies in the U.S. and 17 million copies worldwide. The album has been certified platinum seven times in the U.S. and topped the charts in several countries. The album, which earned the band five Grammy Award nominations and two Grammy wins, contains Evanescence’s most successful singles, “Bring Me to Life” and “My Immortal.” like Korn, Evanescence has made a significant impact on the next generation of rock bands. The band features a strong female lead singer who uses clean vocals accompanied by heavy riffs and powerful beats. Evanescence opened the door for symphonic metal bands like Lacuna Coil, Within Temptation, and Nightwish to enter the mainstream scene.

Get your tickets now to see these incredible bands fire up the stage at the Pine Knob Music Theatre on Sunday 21st August 2022!