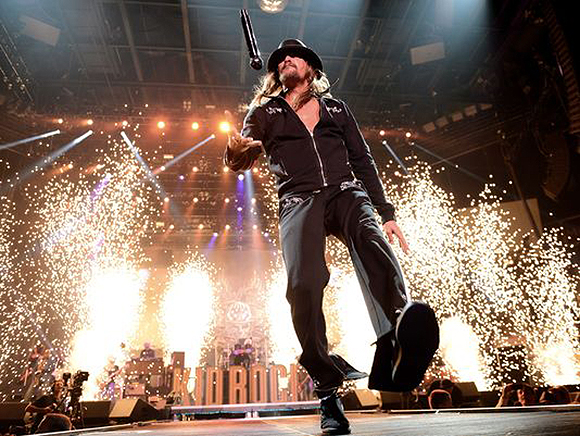 Having cut his teeth in the Detroit rap scene and released a number of records previously, Kid Rock's 1998 debut album Devil Without a Cause marked his inroad into the mainstream, eventually going 11 times platinum. His merging together of hiphop and rock paved the way for the rap metal movement of the early 2000s, heavily influencing bands such as Limp Bizkit and propelling him to stardom. His following album Cocky spawned the hit “Picture”; a country-oriented duet with Sheryl Crow that rocketed up the charts and heralded a change in direction from his signature sound. Subsequently, Kid Rock has had a string of successful hit singles earning himself the title of Soundscan's number one selling male solo musician of the 2000s.