Fans of blues rock, get ready for the show of your life! The Creedence Clearwater Revival’s own John Fogerty is joining forces with ZZ Top for this once-in-a-lifetime tour – coming to the DTE Energy Music Theatre on Wednesday 27th June 2018! Don’t miss out – grab your tickets to see John Fogerty and ZZ Top live NOW while you can!! 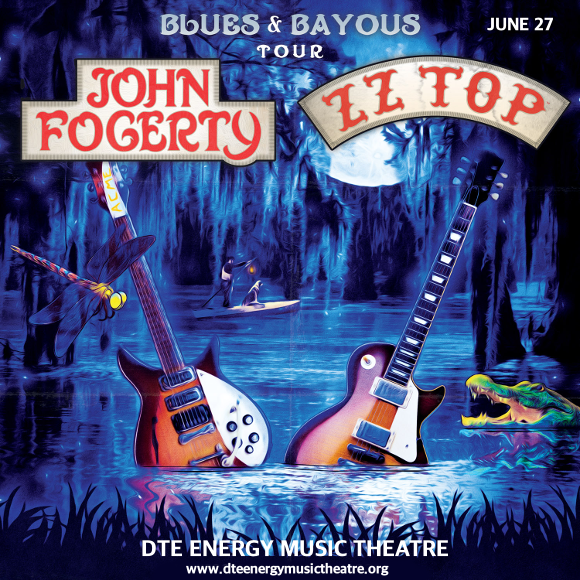 Best known as one of the core founding members of the Creedence Clearwater Revival, John Fogerty took the band to huge success in the 60s and 70s, with a succession of hits that granted them sales of over 26 million albums just in the United States! Today, their songs still receive heavy rotation on U.S radio. John Fogerty has gone on to even greater success since, earning himself an induction into both the Rock and Roll Hall of Fame and the Songwriters Hall of Fame. Fellow Rock and Roll Hall of Fame-er ZZ Top have also had a long and hugely successful career and are currently among the top 100 selling artists in the US.

The two acts have shared stages in the past, and it’s very possible they may do so again on this very special tour!! Don’t miss your chance to see it live – grab your tickets to see John Fogerty and ZZ Top TODAY!!