Professional beach bum, veteran singer/songwriter and tropical philosopher Jimmy Buffett is heading to DTE Energy Music Theatre on Saturday 18th June for one of his trademark lively shows! Encouraging audience participation at all times, let Jimmy take you on a journey through the life of the perpetually chilled via, of course, Margaritaville! Joining the calypso crooner will be 80s pop-rockers Huey Lewis and the News – what a party! 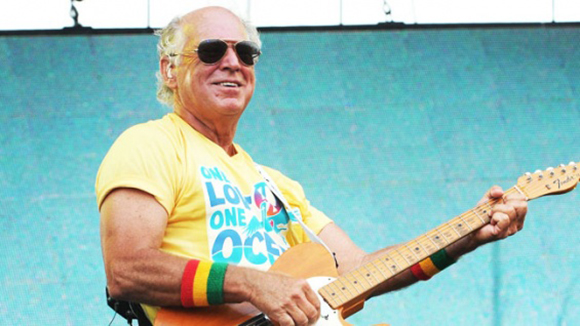 Jimmy Buffett moved to Nashville, Tenessee in the late 1960s with the hopes of becoming a country singer. After a few years of moderate success, (his debut album was released in 1970), and the dissolution of his first marriage, Buffett moved to Key West. It was here that Jimmy developed his signature chilled-out beach cum persona, and his life in Key West provided the source material for his anecdotal songs about an easy-going, sea-faring life. Buffett's music has been described as "drunken Caribbean rock 'n' roll," or Gulf-and-Western. Over time, his fan base (known as “Parrot Heads”) has grown to be large and incredibly loyal, based on his 28 studio albums and year-upon-year of sell-out shows.