It's that time of year again! Everyone's favorite beach bum uncle, Jimmy Buffett, comes to DTE Energy Music Theatre on Tuesday 16th July 2019 with The Coral Reefer Band! Celebrating 50 years in the industry this year, Buffet brings his Son of a Sailor Tour to the stage, chock full of singalong hits, hilarious and beloved anecdotes, audience participation and heaps of fun! 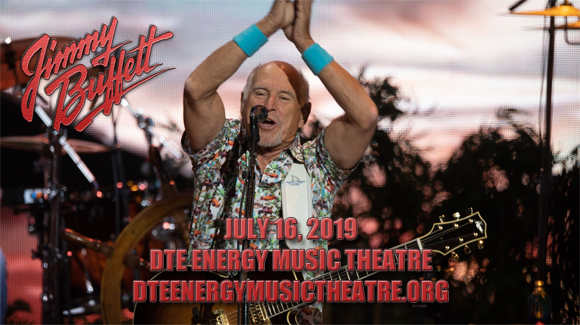 After a short spell as a country musician and busker in Nashville in the early 1970s, American singer, songwriter, musician, author, actor and businessman Jimmy Buffett is now best known for his “Gulf and Western” music, which portrays a laid-back, island lifestyle and was inspired by his move to across country to Key West, Florida. Throughout his 50 year career, Buffett, backed by his backing band The Coral Reefers, has developed a dedicated fan base known as “Parrotheads” and has recorded numerous hit songs including "Margaritaville" (ranked 234th on the Recording Industry Association of America's list of "Songs of the Century") and "Come Monday". His discography includes 27 studio albums, 14 live albums and 67 singles to date. Buffett has toured every year since 1976.