Hilarious observational comedian Jim Gaffigan comes to DTE Energy Music Theatre on Saturday 28th July 2018 as part of his Fixer Upper Tour! The perpetually funny every-man and father of five has made a name for himself internationally with his heart-warming and hysterical comedy, which centers around fatherhood, food and his musings on life. Don't miss your chance to catch him live! 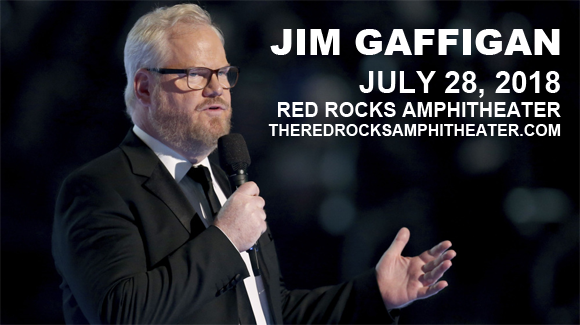 First making his name on the New York comedy circuit in the 1990s after a friend bet him to do stand-up, actor and comedian Jim Gaffigan found his big break a decade later on the Late Show with David Letterman. On the strength of his performance, Letterman helped Gaffigan to develop the sitcom Welcome to New York. This lead to several acting roles in various high profile television programs including That ’70s Show, Sex and the City, Third Watch, Ed and Law & Order. Gaffigan and his wife played fictionalized versions of themselves in The Jim Gaffigan Show, which he also wrote and executive produced. In 2018, Gaffigan releases “Noble Ape,” his sixth one-hour comedy special.