Country lovers get ready for the show of a lifetime!! Jason Aldean is on tour once again, promoting his brand new upcoming album “Rearview Town”!! Joining him on the 34-date trek are Luke Combs and Lauren Alaina!! Coming to the DTE Energy Music Theatre on Friday 14th September 2018 – don’t miss out!! Grab your tickets and your cowboy hats and get ready for a party at the DTE Energy Music Theatre!! 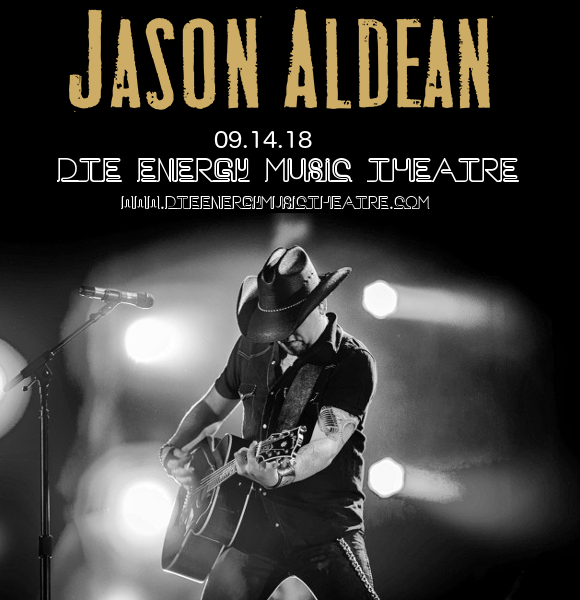 Jason Aldean is possibly one of the most popular country artists in the world right now, with five of his already existing seven albums having been awarded Platinum status by the RIAA. Now, Jason Aldean is prepping for the release of his eighth. “I think the album is going to sound a little familiar, but it’s not going to be the same,” he answered, when asked about how how “Rearview Town,” would compare to his previous work. “I think that obviously what got me to this point was recording the kind of music I like, and over the years we created our thing . . . you hear like a heavy rock influence, and on some it may be a little bit more of an R&B or hip-hop or whatever. And you’ve seen those scattered on a lot of the different records, and I think on this album, we kind of took all those and put them into one record.”

Get ready to experience it all live – grab your tickets to see Jason Aldean and Lauren Alaina live NOW while they last!