HUGE news – after 6 years since their last full-length album, 2011’s “If Not Now, When?” the wait is finally over. The legendary genre-defying alternative rock band that is Incubus are on a massive North American tour, coming to the DTE Energy Music Theatre on Saturday 30th September 2017 to promote their BRAND NEW album!! What are you waiting for?? Get your tickets NOW while they last! 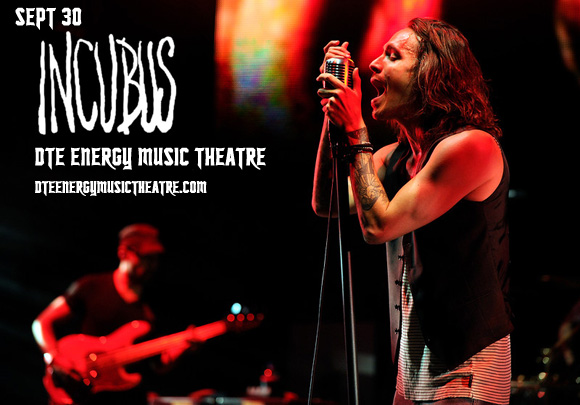 “8” hit the number four on the Billboard 200 and sold 49,000 copies in its first week, receiving rave reviews from critics and audiences alike, described by CoS as “the band’s most consistent album in years”. In February, Incubus released the first single from the then-upcoming album “8,” entitled “Nimble Bastard.” Featuring a driving hard rock sound that takes the band back to their roots. The band have been hinting that their new album will be heavier for quite some time, and what looks like proof of that has got all fans of Incubus’ older material very excited!!

The next two singles, “Glitterbomb,” and the innovative “State Of The Art,” show Incubus both at their heaviest and most inventive best – this album will satisfy fans of Incubus from every point in their diverse and unique career. With a plethora of original songs of just about every genre under the sun, an Incubus live performance is a truly unforgettable experience.

Don’t delay – book your tickets to see one of the most inventive alternative groups in musical history while you still can!!