I Love The 90s is BACK for 2017! And like always will be showcasing the best and biggest artists in music! Get ready to experience the incredible; TLC, Biz Markie, All-4-One & Color Me Badd as they rock DTE Energy Music Theatre on Sunday 6th August 2017! If there was one name to represent the 90's R&B era, it would be TLC and you can now grab the chance to catch them LIVE one last time… tickets are NOW on sale!! 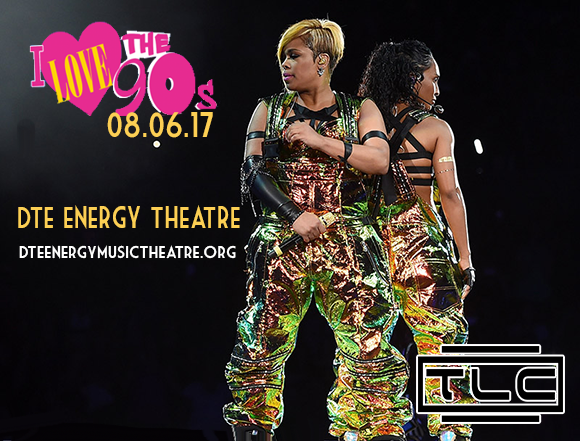 TLC have it going on, as the biggest American Girl Group of all time – these divas sure know how it's done!

Since their debut back in the early 90's, these girls drew inspiration from some of the greatest vocal groups and formed their own, but no one could prepare them for their global success that would continue for over 20 years. From the word go, they created hit after hit, with their most loved songs including the unforgettable; "Creep", "Waterfalls", "No Scrubs", and "Unpretty." All of which smashed the charts not only in the US but all over the world and many of their teenage fans at the time, still look back on that time as a memory that will forever stay in their hearts!