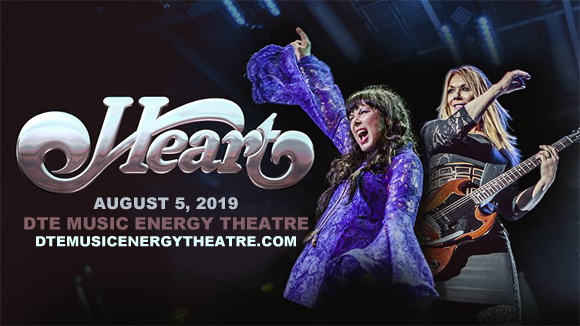 Formed in 1973, American rock band Heart is widely regarded as the first female-fronted hard rock band, led by sisters Ann Wilson (lead vocals, flute and guitar) and Nancy Wilson (guitar, mandolin and vocals). Throughout its five-decade career, the band has sold more than 35 million albums worldwide, with over 22.5 million in album sales in the U.S., and it has charted top 10 albums on the Billboard 200 in 1970s, 1980s, 1990s, and 2010s – the longest span of top 10 albums by a female-fronted band. Overall, the chart-topping band has released 20 top 40 singles (including “Alone”, “Barracuda”, “Crazy On You” and “These Dreams”, among others) and seven top 10 albums to date. Nominated for four Grammy Awards, the band was inducted into the Rock and Roll Hall of Fame in 2013.