EVENT CANCELLED. We regret to inform you Halsey has cancelled her scheduled 2021 tour. Please request a ticket refund from your point of purchase.

Singer-songwriter Halsey is a rare talent who has a dynamic standout voice both literally and figuratively! The multi-platinum-selling artist, whose work frankly documents her feelings and experiences with a raw and powerful energy, comes to DTE Energy Music Theatre on Friday 25th June 2021 as part of her 2021 Manic World Tour, where she will be performing from her album of the same name! Not only will she be delivering a lively and compelling headline set, but she'll also be joined by two incredible support acts: Chvrches and Omar Apollo! 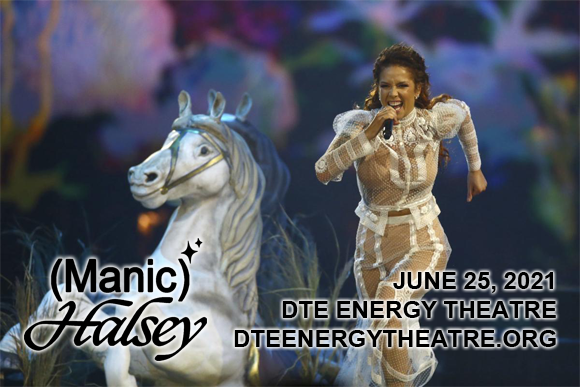 First coming to public attention through her self-released music on social media, American singer and songwriter Halsey was signed to Astralwerks in 2014, releasing her debut EP, Room 93, that year. Badlands, her debut studio album, was released in 2015, and debuted at number two on the Billboard 200, gaining platinum certification in the US and launching four platinum-selling singles. After the success of The Chainsmoker's single 2016 "Closer", which featured Halsey as a vocalist and topped the charts in 15 countries, gaining diamond certification in the US, she released her second studio album, Hopeless Fountain Kingdom, in 2017. Hopeless Fountain Kingdom debuted at number one on the Billboard 200 and featured two US top-20 singles: "Now or Never" and "Bad at Love". Her third studio album, Manic, is slated for a 2020 release and launched the lead single "Without Me", which reached number one on the Billboard Hot 100 – her first US number one as a lead artist.