Get ready for the hottest show in Latin American music this year – legendary rivals Gloria Trevi & Alejandra Guzman are going on a massive head-to-head tour together that will bring them to the DTE Energy Music Theatre on Thursday 10th August 2017!! Don’t miss out on this once-in-a-lifetime experience – book your tickets today!! 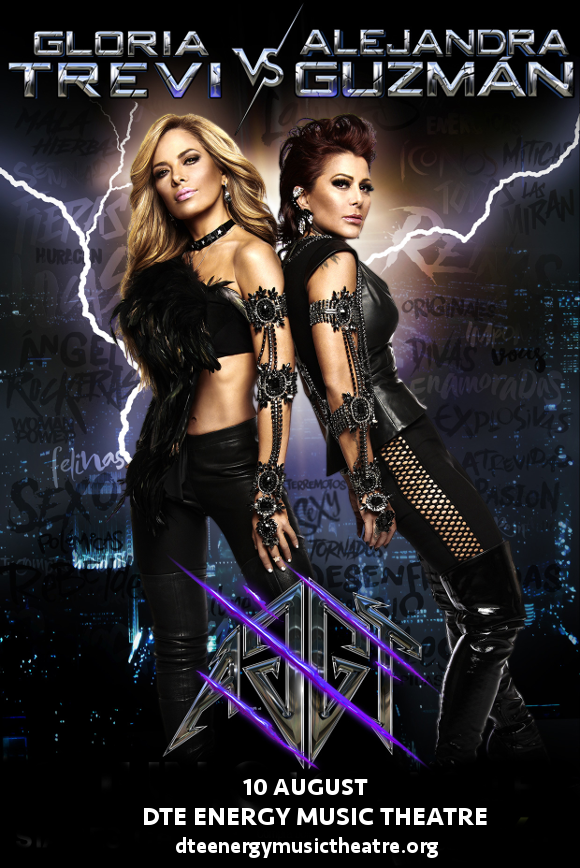 Born in Monterrey, Nuevo León, Mexico, Gloria Trevi moved to Mexico city at an early age to follow a career in music. After a short stint with a girl group, she released her first solo album, “¿Qué Hago Aquí?” ("What am I doing Here?"), in 1989. The album was a huge success, with the number one hit “Dr. Psiquiatra”. Her albums following this saw increased success, selling millions across the planet and granting her a huge presence across Latin America and worldwide!!

Born into a family of performers, Andrea Guzman is the daughter of Mexican actress Silvia Pinal and Mexican rock star Enrique Guzmán, and made her first television appearance at the age of 2 months! As a child she was destined for stardom, taking singing, dancing, and acting lessons. Her debut album, “Bye Mama,” was released in 1988 and was an instant hit, it’s titular single shooting straight to the top of the Mexican charts! Known as the "Bad Girl of Latin Pop," Guzman is known for her no-holds-barred, wild live performances!

Get ready to catch these two legends of Spanish music live – book your tickets to see Gloria Trevi and Alejandra Guzman now!!