Things are getting exciting at DTE Energy Music Theatre! Foreigner and Whitesnake are teaming up in 2018 to give fans the show of their life! With support from the incredible Jason Bonham, they’re performing live on Sunday 15th July 2018 – don’t miss your chance to be there! Get your tickets NOW before they disappear! 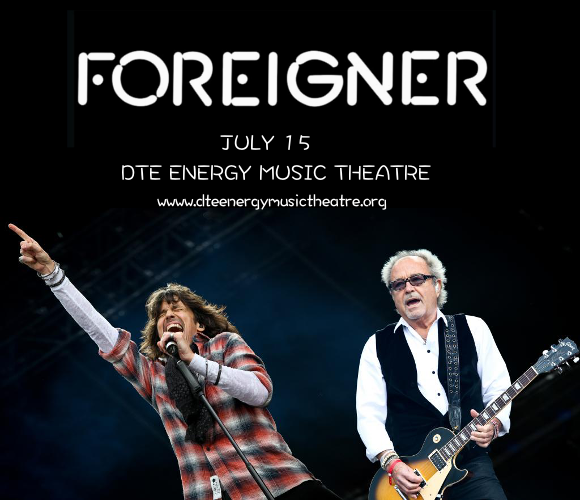 The son of late Led Zeppelin drummer John Bonham, Jason Bonham has played with Led Zeppelin on a number of occasions. Formerly a member of the band Virginia Woolf, John Bonham has since embarked on a successful solo career, and opened for Foreigner on last year’s 40th anniversary tour.

Whitesnake are perhaps best known for their bestselling eponymous album in 1987, which saw the chart-topping hits "Here I Go Again" and "Is This Love.” The band split up in 1990, but saw several reunion shows before they officially reunited properly in 2002, and released three more albums, the most recent being “The Purple Album,” in 2015!

As for Foreigner, their legacy needs no introduction. Since their formation in 1978, they’ve been releasing one hit record after another, with their album “Agent Provocateur” blasting them to household name status across the world. Today, with sales of over 37.5 million records in the United States alone, Foreigner are one of the best selling musical acts of all time! Their most recent album “Can’t Slow Down,” was released in 2009, and if all their recent activity is anything to go by, there could be another one on the way! What are you waiting for?? Get your Foreigner and Whitesnake tickets TODAY!