Get ready for a trio of enduring and iconic rock acts as Foreigner, Kansas & Europe come to DTE Energy Music Theatre on Tuesday 28th July 2020 on Foreigner's headlining Juke Box Heroes Tour! The ultimate rock show, it'll be a night of endless hits from these bands that still command the airwaves with their huge, timeless tunes, and have sold millions upon millions of albums between them! These global sensations remain as talented as they've ever been and are experts at entertaining a crowd, so book your tickets now and get ready to see the show of a lifetime! 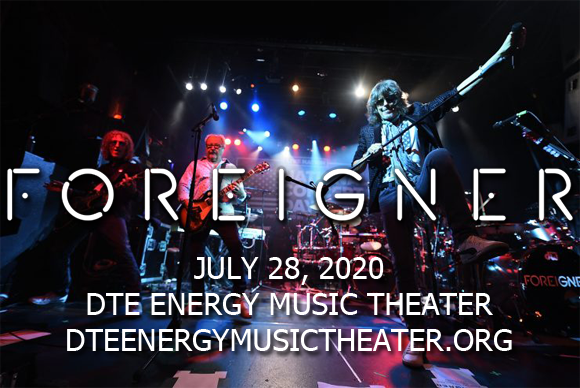 Within a year of forming, British-American rock band Foreigner were on their way to stardom due to the enormous success of their five-times platinum eponymous debut album, and the three top 20 hits it spawned: "Feels Like the First Time", "Cold as Ice" and "Long, Long Way from Home". Unlike many other bands before and since, they had struck gold with their sound – a grandiose but listenable mixture of hard rock and pop – and they proved themselves to be capable of consistent success, scoring six multi-platinum-selling albums in a row. To date, the band has had four other multi-platinum records, and has charted 16 top 30 hits in the US alone. Not only are they one of the world's best-selling acts, with more than 80 million albums sold worldwide, but they are also one of the most enduring – packing out stadiums year upon year and always delivering a captiviating show.