'We don't talk about Bruno… but… We're gonna be singing along to "We Don't Talk About Bruno" at Encanto: The Sing Along Film Concert at Pine Knob Music Theatre on Saturday, 27th of August 2022. Disney Concerts is bringing back Encanto to the big screen with a twist! Along with showing the much-loved full-length film, a live band is set to perform Encanto's soundtrack in sync with the film for the audience to sing along to! Disney says it's a 'one-of-a-kind' concert and film experience in one where audiences are free to cheer and sing to the beloved soundtrack while re-visiting the whole film. So, don't miss out on this one-of-a-kind Encanto experience at Pine Knob by booking your tickets now! 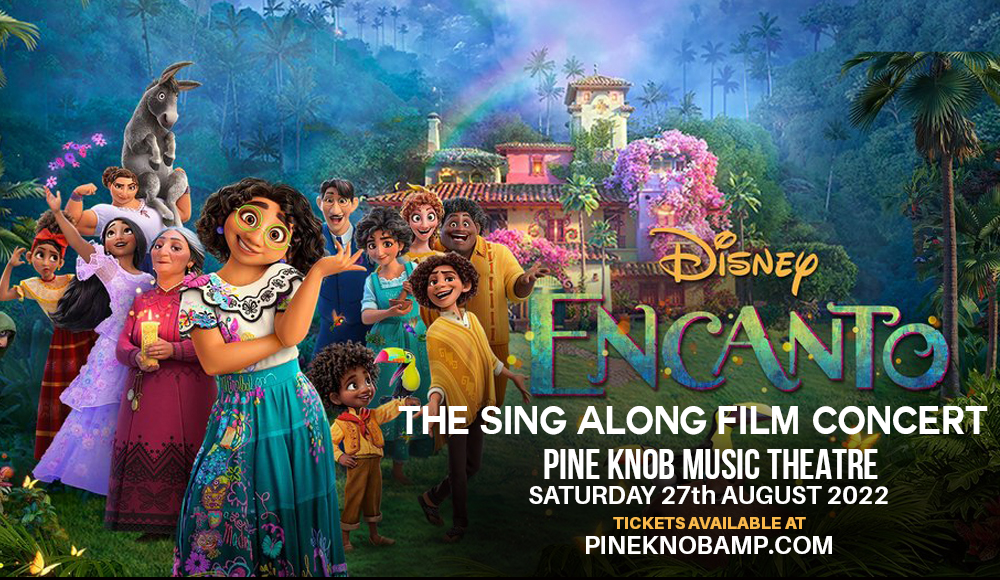 Disney Concerts is bringing back Encanto to the big screen at Encanto: The Sing Along Film Concert tour, where a live band performs Encanto's beloved soundtrack in sync with the movie. Viewers are highly encouraged to sing along and cheer for their favorite songs and moments from the award-winning film.

Set in Colombia, Encanto follows the journey of the Madrigals – a special family with every child blessed with a unique gift from the magic of their special home in Encanto. Though there's an exception – Mirabel. However, Mirabel seems to be their last hope when Encanto's magic is at risk of being lost.

Highly acclaimed for its characters, story, songs, and cultural representation, Encanto has received several accolades including an award for Best Animated Film at the Academy Awards, the BAFTAs, the Golden Globes, the Producers Guild of America, and the National Board of Review.

Encanto's soundtrack took the world by storm, topping the Billboard 200 for 9 non-consecutive weeks, and the fan-favorite hit song "We Don't Talk About Bruno" for 5 consecutive weeks on the Hot 100.

With Encanto back on the big screen, Disney's giving fans a chance to re-live the whole movie and immerse themselves by singing along to their favorite songs from the movie, led by a live band. Disney Concerts says that on-screen lyrics will be provided as well for those who need a little help with the words.

Get your vocal cords ready to sing and cheer with the crowd at Encanto: The Sing Along Film Concert at Pine Knob Music Theatre on August 27th. Save your seats by booking those tickets now!