For some, money talks. But this Money is a mean touring machine that rocks and brings the house down. Yes, we're talking about working-class rock icon Eddie Money. With monster hits such as "Take Me Home Tonight," and "Baby Hold On," you can bet your bottom dollar that this tour will be a rousing success, so expect nothing less than a full house. Eddie Money's tour will take him in several key cities and states, and this side of town is one of those lucky ones that will have him just in the neck of the woods. Save the date: Saturday 25th May 2019, and pin the venue: DTE Energy Music Theatre. Ticket sales are now going 'cha-ching, cha-ching!'. If you're not quick enough, you might just miss all the action that can only come from the impressive and irrepressible Eddie Money. Go, get your tickets now! 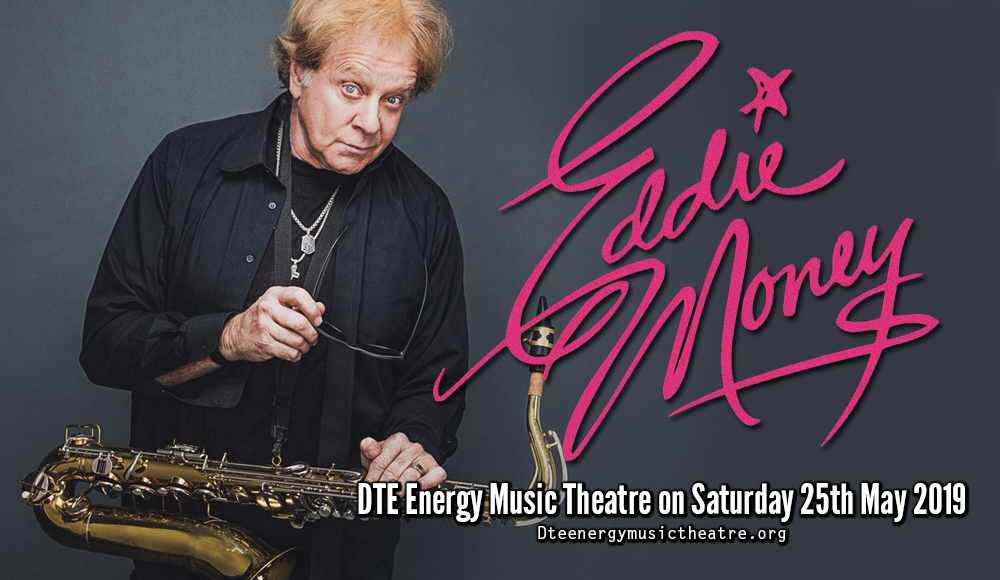 Eddie Money's line could've been "you're under arrest!". But instead, he has been repeatedly singing "Take Me Home Tonight," and "Baby Hold On," in countless live performances in his career spanning over three decades. His career in law enforcement at the NYPD took a detour to Berkeley, California where he slowly but surely rose to become one of the Bay Area's most in-demand performers. Soon afterward, he clinched a record deal which gave him a career breakthrough in the 70s, churning out massive radio hits such as "Two Tickets to Paradise" and "Baby Hold On." With hit after hit after hit, Eddie Money was soon one of the most bankable concert artists of that era. With this, he attributes it to his most loyal fans. “I have probably signed every copy of every album I’ve made,” says Money. He makes it a point to stay connected with his fans, hence he goes on regular, rigorous tours which continue up to this day.

Eddie Money has released 11 studio albums to his name, with several gold and platinum certifications. His music legacy also includes a long-string of mega hit singles, now considered as classic rock gems. These include songs like "Take Me Home Tonight," "Baby Hold On," "You've Really Got a Hold on Me," "Think I'm in Love," "Walk on Water," "Two Tickets to Paradise," and "Peace in Our Time."

When your bucket list includes the chance to watch an iconic rock concert, then this it! Don't miss out on the chance to catch Eddie Money in action!