Eddie Money fans, get ready for the show of a lifetime! The 70s legend and beloved touring musician is on his way to the DTE Energy Music Theatre on Friday 25th May 2018 – don’t miss out!! Grab your tickets now while you still can! 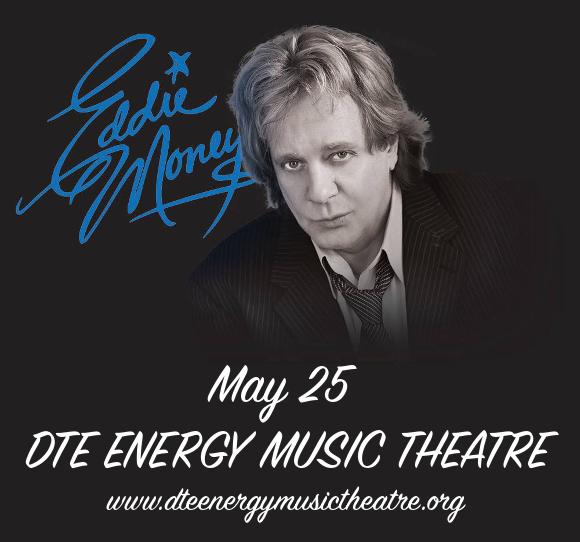 Born Edward Joseph Mahoney, Eddie Money initially pursued a career as a law enforcement officer, putting that on hold in 1968 to pursue music. His career really kicked off when he met Bill Graham, who saw Eddie as a “natural performer” and helped him achieve a recording contract with Columbia Records. With his debut self-titled album in 1977, Eddie Money achieved worldwide fame with the hits “Two Tickets to Paradise” and “Baby Hold On,” which would continue throughout the rest of his career, with a constant line of Top 40 singles. With the videos for “Shakin,” and “I’m In Love,” Eddie Money’s videos were some of the most innovative of the time.

Eddie Money’s popularity has never waned. For more than 20 years now he has opened the summer concert season at the DTE Energy Music Theatre, a much-loved tradition that continues to this day. Get ready to bring the concert season in in style with Eddie Money – get your tickets TODAY!