After wowing crowds across America in their last groundbreaking tour – Duran Duran are back on the road and will be coming to DTE Energy Music Theatre on Monday 11th July 2016! Bringing with them numerous guests which feature on their "Paper Gods" Album. Fans will have the chance to see Nile Rodgers and Chic take to the stage as part of their very special tour! Get ready for the night of your life! With LIVE versions of all your favorite tracks including "Ordinary World", "Rio", "Girls On Film" and so much more! 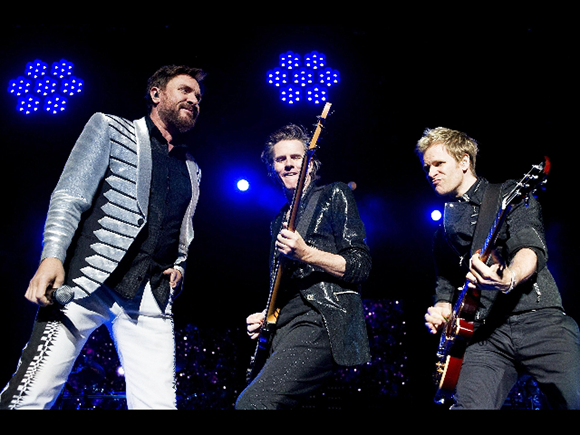 “We have been through a lot together” John Taylor adds, “and now it’s very much a case of ‘Know thyself.’ At this point in our career, it’s about being really in touch with your identity, and drawing strength from the knowledge that you’ve all been on this incredible journey, a journey that is still going on. I think you can hear that in the new songs; we’re still learning things from and about each other, personally as well as musically.”

Duran Duran are one of the most iconic bands to come out of the 1980's, with their chart topping New Romantic style, often compared to the likes of Depeche Mode, Spandau Ballet, Adam Ant and Pet Shop Boys. Their songs are unforgettable to any teenager growing up in the era. And their music is loved by many adoring fans around the entire world!

Duran Duran's brand new album "Paper Gods" brings the essence of then up to date with modern collaborations with both Mark Ronson and Nile Rodgers, alongside vocals from Janelle Monáe, Kiesza, and Mew's Jonas Bjerre, as well as guitar by former Red Hot Chili Pepper John Frusciante!