Hard rock fans! Disturbed and Breaking Benjamin are joining forces this summer to bring you a must-see show that will blow your mind! Get ready for the heavy as the two powerhouses of noise storm the stage! Joining them will be special guests Alter Bridge & Saint Asonia! Head to DTE Energy Music Theatre on Tuesday 26th July 2016 – It. Will. Be. Epic!!! 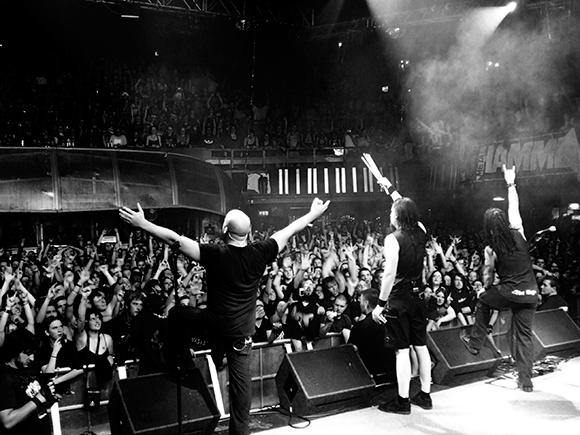 Disturbed is an American heavy metal band from Chicago, Illinois that formed in 1994, originally under the name Brawl. The band was renamed in 1996, when new vocalist David Draiman was hired after the departure of original vocalist Erich Awalt. The band's debut album, The Sickness, was released in 2000 on Giant Records. It peaked at number twenty on Billboard 200 and has sold over four million copies in the United States since its release. The band has released six studio albums, five of which have consecutively entered the Billboard 200 chart at No. 1. They went into hiatus in October 2011, during which the band's members focused on various side projects, and returned in June 2015, releasing their first album in five years, Immortalized, in August.