Dead & Company will let you dive into an upbeat psychedelic rock 'n roll jam and groove to their music this Wednesday, 29th June 2022, at the Pine Knob Music Theater. The offshoot band of The Grateful Dead, composed of original members and some recruits — including the multi-Grammy awardee John Mayer — will not only perform some timeless songs of The Grateful Dead but will cover some tunes of its original members. Whether you are a dedicated Dead Head or you just recently discovered the greatness of this post-Jerry Garcia band, this concert is definitely for you. Call all your concert buddies and secure your tickets because this will be a sold-out concert that will blow your socks off! 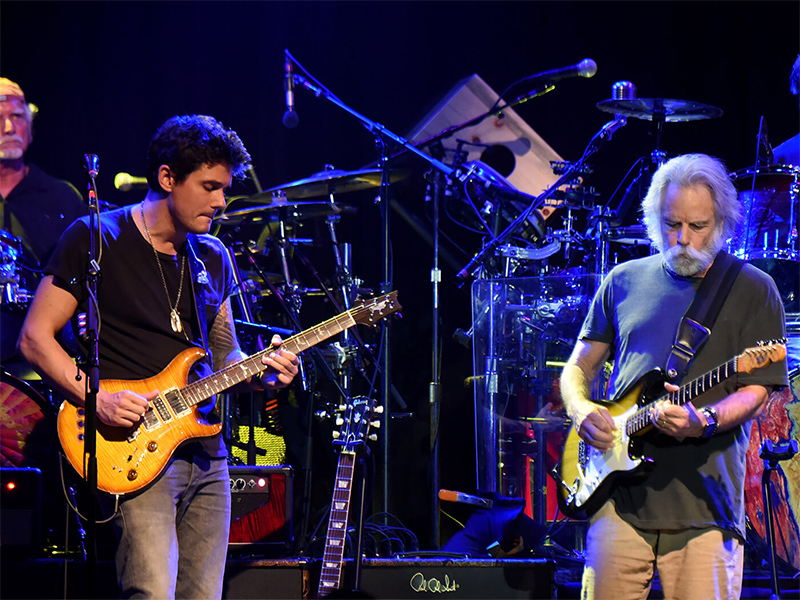 A pleasant surprise to all Dead Heads, the formation of Dead & Company is perhaps one the best things that happened in 2015. The assemblage of Grateful Dead members Bob Weir, Bill Kreutzmann, and Mickey Hart alongside Jeff Chimenti, John Mayer, and Oteil Burbridge is a treat to all loyal fans of the Grateful Dead who can't get over the band's legacy and legendary live shows.

The band's first tour in 2015 proved that the Dead & Company may be the best spin-off Grateful Dead band the world has ever seen. The tour was very well-received by both fans and critics. The New York Times even referred to it as a "tremendous success," and Billboard deemed the shows "magical." Thus, what was thought as a one-time tour turned out to be an annual event highly anticipated by fans worldwide.

This year, Dead & Company announced that they'll be back on the road this summer. This is a piece of good news for fans since most shows last year were canceled due to pandemic concerns and other personal matters. The jam band will kick things off on June 11 at Dodger Stadium in Los Angeles — one of their 20 shows in June and July.

The band will stop in Pine Knob Music Theatre this June 29, 2022. Catch the jam band in their Clarkston, Michigan show by securing your tickets as early as today.