Rock and jangle pop fans, we’ve got an unmissable show coming up for you at the DTE Energy Music Theatre!! That’s right, it’s the Counting Crows, celebrating their 25th anniversary with a MASSIVE 40-date tour, hitting Michigan on Sunday 2nd September 2018!! Be there – click the “Buy Tickets,” button and get your tickets today!! 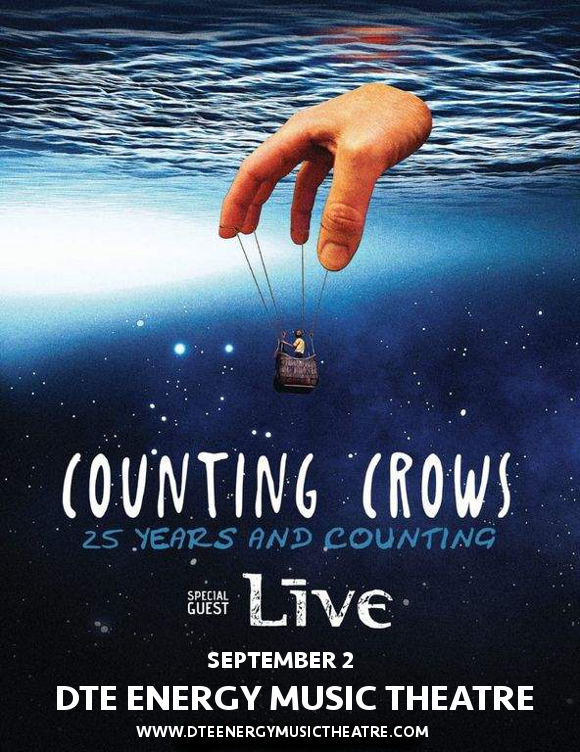 Currently consisting of band members Adam Duritz, David Bryson, Charlie Gillingham, Dan Vickrey, David Immerglück, Jim Bogios and Millard Powers, Counting Crows were formed in 1991 and saw their big break two years later, with the release of the album "August and Everything After," in particular with the massive success of the single “Mr. Jones”.

Seven albums and countless live shows later, and the band have grown a great deal since their breakthrough, achieving the fame and recognition they dreamed of and wrote about in the song ‘Mr Jones”. Singer Adam Duritz reflected on how his changed life experiences have affected the way he performs live; “The way I felt about that song when none of that had happened to me is different now that all of this s*** has happened… I’m experiencing it differently. It makes the song better, and it makes it into something I’m experiencing right now.”

Get ready to share that experience with the Counting Crows on September 2nd – don’t wait about to get tickets, they won’t last!!