After the incredible success of Nine Track Mind, one of the most talked about new voices in pop, Charlie Puth, is set to hit the road this summer in support of his new album VoiceNotes! Coming to DTE Energy Music Theatre on Thursday 2nd August 2018, Charlie will be joined by special guest, actress and singer Hailee Steinfeld! 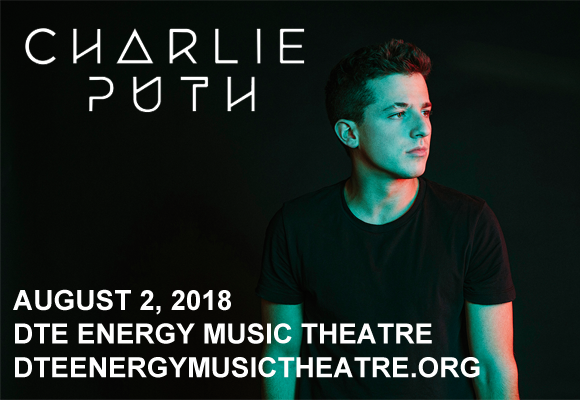 After capturing public attention in 2009 when his YouTube channel, Charlie's Vlogs, became a viral hit, American singer, songwriter and record producer Charlie Puth quickly made his name as one-to-watch in the world of music. In 2011, Puth won the Perez Hilton talent competition Can You Sing?, and later that year he singed with Ellen DeGeneres' record label eleveneleven. Puth then moved to Atlantic Records and had international success with the Wiz Khalifa track “See You Again,” which Puth wrote and co-produced for the film Furious 7, and which was nominated for three Grammy Awards. Puth had similar success with the duet “Marvin Gaye” with Meghan Trainor – the track went to number one in several countries and was certified double-platinum in Australia. Puth's debut album, Nine Track Mind, was released in 2016 and he follows with his second studio album, VoiceNotes, later this year.