One of the freshest artists in country right now, Brantley Gilbert, has extended his incredible The Devil Don't Sleep Tour over the summer and he's coming to DTE Energy Music Theatre on Sunday 13th August 2017! Not only will fans get to see Gilbert do his thing, but he'll be joined by fellow country acts Tyler Farr & Luke Combs!

"There are so many different ways to do this come warm weather," Gilbert explains in a press release. 'And I like'em all. Festivals are just a party with a whole lotta music. There's not much more real–or more like where I come from–than a fair and those amphitheater shows, well, that's where the BG Nation comes together to throw it down. You know, it's why when we take it outside, it's just good, and we have the party of the summer everywhere we go." 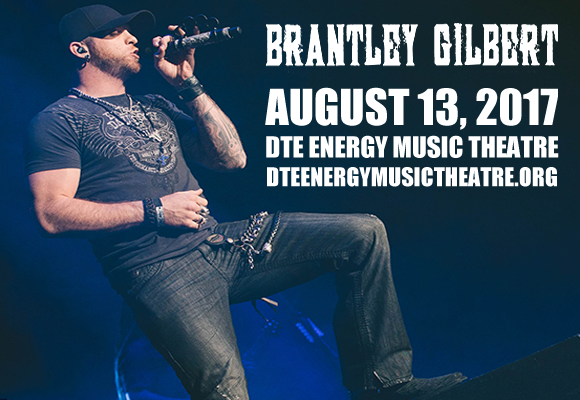 Brantley Gilbert is a country music singer, songwriter and producer, who first started his career as writing for Warner Chappell Publishing, but came to public attention with the release of 2009's debut album Modern Day Prodigal Son. After releasing his first two albums with Colt Ford's label, Average Joes Entertainment, Gilbert was signed to Valory Music Co., a subsidiary of Big Machine Records, with whom he released the albums Just As I Am and his most recent album, The Devil Don't Sleep, which debuted at number 2 on the Billboard 200, and hit the number one spot on the Top Country Albums Chart. Gilbert also wrote the Jason Aldean singles “My Kinda Party” and “Dirt Road Anthem”.