Global country music superstar Brad Paisley has announced his 2021 Tour! Brad Paisley at DTE Energy Music Theatre on Saturday, September 11th 2021. Special guests on the tour dates will be multi-platinum selling and current ACM New Male Artist Jimmie Allen and Columbia Nashville rising star Kameron Marlowe. It’s been a real difficult year, a nightmare for anyone who makes their living with a group of people, there’s light at the end of the tunnel, that light is country music superstar Brad Paisley, and he is back out and on the road! Grab your tickets now to the biggest country gig in 2021! 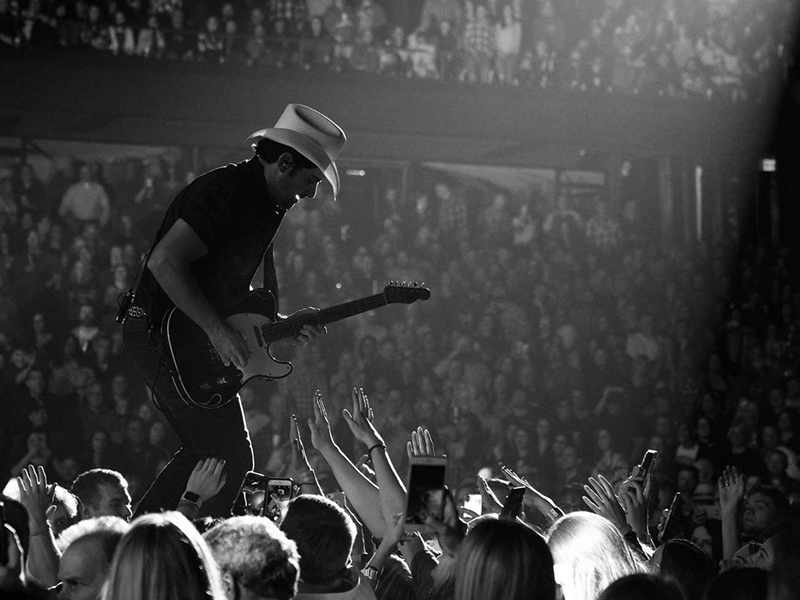 Brad Paisley has earned his place in country music history as one of the genre’s most talented and decorated male solo artists. Over the past 20 years, his songwriting and unmatched showmanship have won him numerous awards, including three Grammys, two American Music Awards, 14 Country Music Association Awards and 15 Academy of Country Music Awards, among many others. A member of the Grand Ole Opry since 2001, Paisley has written 21 of his 24 No. 1 hits, and in 2008 became the first artist to achieve 10 consecutive Billboard Country Airplay No. 1 singles.

Jimmie Allen has already made history as the first black artist to launch a career with two consecutive No. 1 hits on country radio – the first being his debut single “Best Shot” – which claimed the No. 1 spot for three weeks – and the second being his latest single “Make Me Want To” off his debut album Mercury Lane, released fall 2018. Named in tribute to the street he grew up on and the origin of his incredible journey, Mercury Lane features a cutting-edge mix of country, rock, R&B, and pop that draws upon the influence of his family and small-town upbringing of the critically-acclaimed rising star.

Kameron Marlowe found success with his independent debut release, “Giving You Up” – a heartbreak anthem that has topped more than 15 million streams and counting. Born in the small town of Kannapolis, North Carolina, Kameron sold car parts at General Motors for a living before he got a call that changed his life forever. A recruiter from NBC’s “The Voice” found performance videos of Marlowe on YouTube and reached out with an offer to take him straight to the series’ live auditions.