HUGE news, 80s music fans!! Boy George and Culture Club are reuniting in 2018 for a huge North American tour with “The World's Greatest Party Band," The B-52s, with support from Tom Bailey of the Thompson Twins! They’re on their way to the DTE Energy Music Theatre on Thursday 30th August 2018 to take fans back in time to their favorite era of musical history! It’s going to be an incredible show – don’t miss out! Grab your tickets to see Boy George and the Culture Club live NOW while they last!! 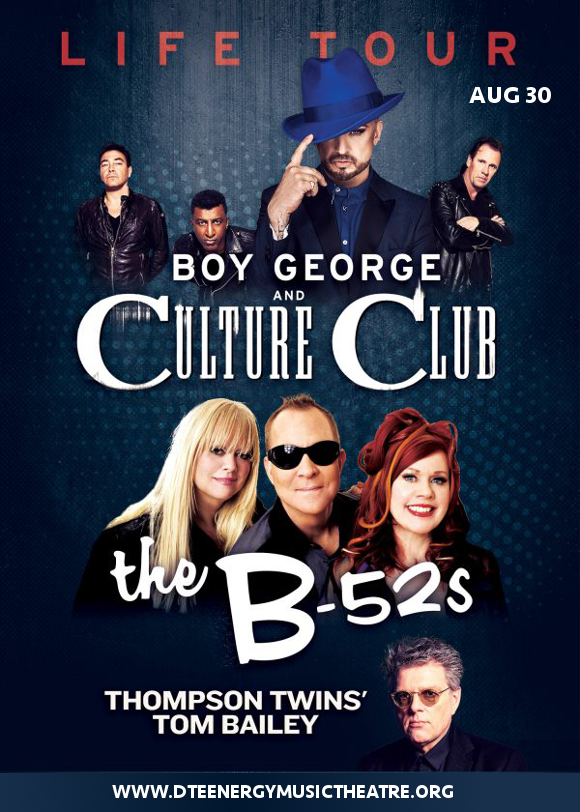 Since they first formed in 1981, Boy George’s band’s truly distinct sound was first heard with smash hits such as “Karma Chameleon,” and “Do You Really Want to Hurt Me,” capturing the imaginations of audiences around the world. With a huge influence that persists today, the sound of the Culture Club went on to characterise that of the entire decade. 2018 marks a very special year for Boy George and The Culture Club, as they put together their first all-new music since 1999! The upcoming album, entitled “Tribes,” is scheduled for release this year. "We put together an amazing show that is going to be filled with hits and fabulous memories, we know it will be hands down this summer's best night out,” confirmed Boy George in a press release.

Be there and see for yourself!! Have you got those tickets yet?