Blink 182, A Day To Remember & All Time Low Tickets

One of the biggest late 90's band – Blink 182 are back with a brand new album and are taking to the road to showcase it with special guests; A Day To Remember & All Time Low! Blink 182 fans will be hitting the roof in excitement as this Summer is bound to be a big one. Grab your tickets for DTE Energy Music Theatre on Tuesday 30th August 2016!

“It’s been a year and a half of speculation and 'What’s it gonna sound like?' and ‘Is this gonna sound like Blink?’ and ‘What’s Blink really about?’” Hoppus told ET of the band’s upcoming seventh studio album, California. “I think this record really, really shows people that we are Blink-182.” 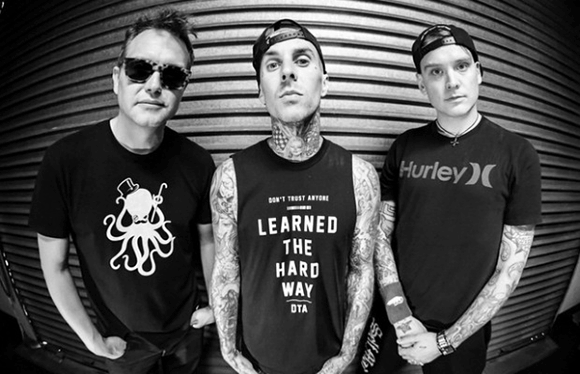 Blink 182 broke through the charts with their unforgettable pop punk in the late 1990's. Their Californian skate park inspired sound spread to teenagers all around the globe and inspired so many to just have a feel good rock out.
As Blink 182 released their massive singles; "What's My Age Again?", "All the Small Things", and "Adam's Song" – they became one of the most played artists on MTV. "All the Small Things" rocketed to a number-one hit on the Modern Rock Tracks chart and also became a crossover hit and peaked at number 6 on the Billboard Hot 100 charts!