The guitar-slinging virtuoso, Billy Strings, will once again excite his fans all over the US for his upcoming North American tour commencing in early Spring of 2023. And if you are a fan of Strings in Michigan, you are in for a treat because you will have the chance to see the bluegrass artist live as he brings his tour to Pine Knob Music Theatre on June 16. Kick off your summer with a memorable concert from the Grammy award-winning singer-songwriter and immerse yourself into his hardcore bluegrass and rock n roll tunes. Sing along to his classic hits, including “Meet Me At The Creek,” “Dust In A Baggie,” “Love And Regret,” and “Away From the Mire,” among many others. Strings is known for his superb musicianship and extraordinary audience connection during live performances. Thus, you are in for one great concert experience. Reserve your tickets as early as today by hitting the “Get Tickets” link. 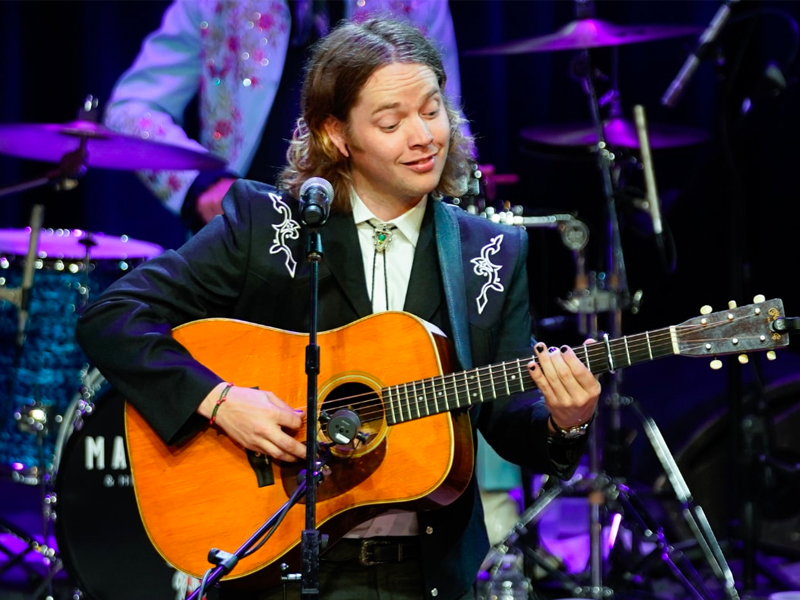 Dubbed by critics as "the next greatest guitarist to ever live," Billy Strings is undoubtedly one of this generation's top musicians. With hit songs invading the country radios and a Grammy award under his belt, Strings is on top of his game. He is known to combine different elements of music that are surprisingly pleasing to hear. Despite being a devotee to bluegrass, his versatile sound has morphed over the years to incorporate elements of rock, jam, metal, punk, and more. As a result, he has performed alongside artists as diverse as Post Malone, Trey Anastasio, Bela Fleck, and Bob Weir. It has also opened the door for him to collaborate with artists from many genres, such as Luke Combs, Les Claypool, Fences, and RMR.

In 2021, Billy Strings cemented his status in the music industry by winning the coveted Grammy for "Best Bluegrass Album" for his critically-acclaimed "Home" record. This is an excellent addition to his many accolades, including the 2019 International Bluegrass Music Awards for "New Artist of the Year" and 2021 "Entertainer of the Year." Indeed he is someone destined for greatness.

If there is one thing that fans love about Billy Strings more than his superb songwriting skills and honest storytelling in his songs is his live shows. Billy is known for his unpredictability during his live performances. One might go to a Billy Strings concert with a setlist in mind, but the bluegrass star has the knack of surprising his audience with unexpected covers and extended jams that bring the crowd to its feet. This early summer, Michigan fans will surely be ecstatic as Strings perform for a one-night concert at the famous Pine Knob Music Theatre. Tickets are now on sale, and you can get yours here by clicking the "Get Tickets" link. Grab yours now before they run out.