If this was The Last Summer On Earth, there would be worse ways to spend it than rocking out to this killer lineup! Barenaked Ladies bring their annual tour to DTE Energy Music Theatre on Saturday 14th July 2018, featuring Better Than Ezra & KT Tunstall:

“The Last Summer on Earth tour is something we all really look forward to,” Barenaked Ladies frontman stated. “From its inception, it’s been about putting together great live acts to give the audience a great night out. 2018 is going to be a blast, because we’re touring with friends! Kevin Griffin from Better Than Ezra has been a songwriting collaborator for almost a decade and KT and I rocked together in Yukon Kornelius. This is going to be a great tour with lots of collaboration.” 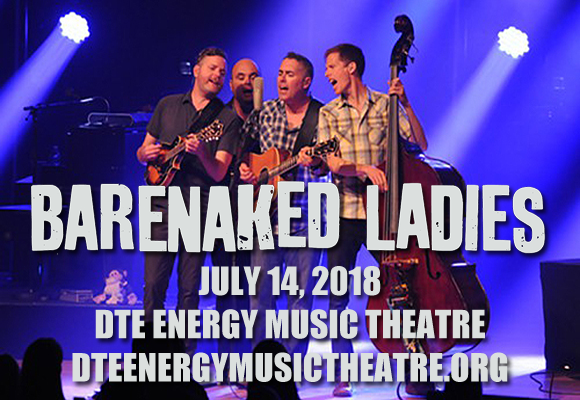 Known for their cheeky lyrics, close harmonies and general sense of fun, Canadian rock band Barenaked Ladies first formed as an acoustic duo in 1988. Soon expanding their line-up, the band released several well-received albums over the years, but it was their fourth album Stunt, released ten years after the band's inception, the brought them mainstream success. The album's lead single “One Week” became an international hit and remains a radio staple all over the world. The band has sold over 15 million records to date, and have received a total of 18 Juno award nominations, as well as two Grammy Award nominations.