Multi-platinum, multi-instrumentalist sibling trio AJR comes to DTE Energy Music Theatre on Friday 27th May 2022 for a night of genre-bending fun! The brothers are on the road to promote their chart-topping fourth studio album, OK Orchestra, which launched the hits "Bummerland", "My Play", "Way Less Sad", and the addicting "Bang"! The boys put up an Instagram post in April 2021 to announce the stint, promising "Everything is new. Completely. New.", so fans can look forward to enjoying material that's not been seen live before! 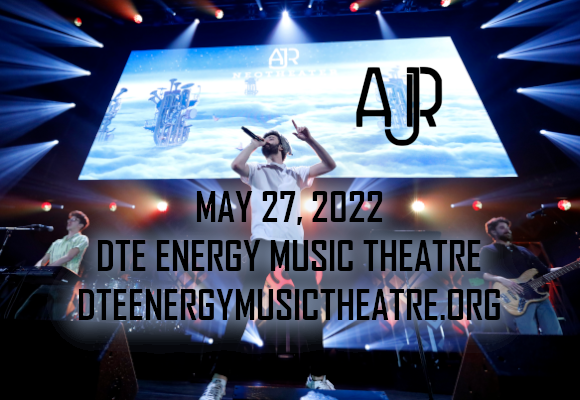 Adam, Jack and Ryan Met are brothers who formed indie pop trio AJR in 2005. Multi-instrumentalists, they began writing, playing, recording and producing their own music in their apartment in Manhattan, before taking it to the streets to busk. Having found a following in new York City, they gained the confidence to send their work off to several celebrities on Twitter and when their song "I'm Ready" was noticed by Australian singer Sia in 2012, they were offered a record deal with S-Curve Records. A debut album, Living Room, followed in 2015. Since then, they have released two multi-platinum singles, four platinum singles, and one platinum album. They have also collaborated with diverse musicians including Ingrid Michaelson, Weezer’s Rivers Cuomo, and Hayley Kiyoko. Their most recent album, OK Orchestra (2021), hit number 10 on the Billboard 200 and launched their biggest single yet, "Bang!", which reached number eight on the Hot 100.