Who wouldn't want to ride shotgun with Tim McGraw as he hits the road this summer for his hotly anticipated 30 date tour? Especially when the star is sharing his tour bus with fellow country artists Billy Currington & Chase Bryant! They all touchdown at DTE Energy Music Theatre on Sunday 2nd August, where they'll be bringing fans a night of the best music there is, so grab your 10-gallon and get ready for a hoedown! 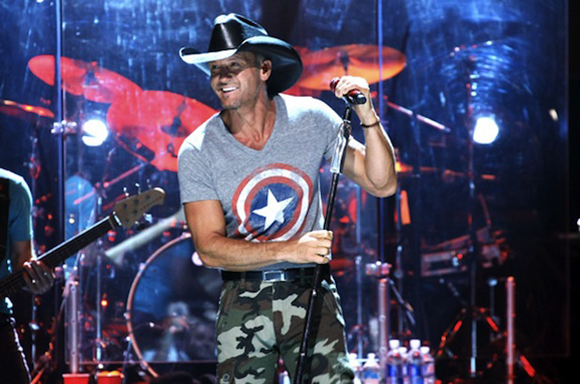 Tim McGraw is one of country's most prolific and popular stars. Erupting onto the scene in 1994 with his breakthrough album Not a Moment Too Soon, McGraw soon made a name for himself with his catchy, accessible songs. Ten of his albums have reached number 1 on the Top Country Albums charts, producing over 50 singles, of which 25 have reached number 1 on the Hot Country Songs or Country Airplay charts. He has also won three Grammy Awards, 14 Academy of Country Music awards, 11 Country Music Association (CMA) awards, 10 American Music Awards, and three People's Choice Awards and his Soul2Soul II Tour with Faith Hill is the highest grossing tour in country music history, and one of the Top 5 among all genres of music.